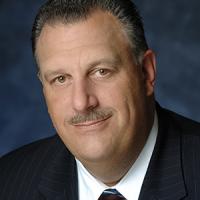 Gary LaBarbera has served since 2009 as president of the Building and Construction Trades Council of Greater New York, an organization comprising local affiliates of 15 national and international unions representing 100,000 working men and women in New York City.

Within weeks of assuming this position, Mr. LaBarbera embarked on ambitious negotiations for project labor agreements (PLA) to provide labor cost savings to advance major public and private projects at risk of stalling due to the economic recession.

These efforts have resulted in project labor agreements for $15 billion of public work with the City of New York and the New York City School Construction Authority, saving taxpayers more than $300 million. This includes a landmark PLA with the New York City Housing Authority that is providing men and women across the five boroughs with a path to middle class careers in the building trades through their pre-apprenticeship and apprenticeship programs. Mr. LaBarbera also forged a historic agreement with the City as part of its Build It Back program that ensures Sandy-impacted residents will represent no less than 20% of those employed in rebuilding efforts.

In addition to his work with the public sector, Mr. LaBarbera has helped bring approximately $25 billion of private work under project labor agreements in New York City, creating thousands of union construction jobs in the process.

Under Mr. LaBarbera’s leadership, the building trades have become a model of inclusivity. Of the 8,000 men and women enrolled in apprenticeship programs as of 2012, 75% were residents of the five boroughs and 65% were minorities. Mr. LaBarbera continues to work to expand these opportunities to every corner of the city, having forged alliances with community groups including ALIGN and New York Communities for Change.

Having been actively involved in the Teamsters since the early 1980s, Mr. LaBarbera was one of the first members of Local 282 to graduate from the Labor Studies Program at Cornell University’s School of Industrial Labor Relations in 1994.

Mr. LaBarbera is founder and chairman of the board of the New York City chapter of Helmets to Hardhats, an organization that has placed over 500 veterans in careers in the construction industry across the five boroughs since 2013. He also is president and chief executive officer of the Edward J. Malloy Initiative for Construction Skills, which has placed more than 1,600 high school students from underserved areas throughout New York City into apprentice programs.

Moving forward, under the direction of Mr. LaBarbera, the building trades will play a leading role in addressing challenges shaping the country’s future, including the development and revitalization of its critical infrastructure. Mr. LaBarbera will focus on introducing new innovations to the construction industry that will drive continued growth and ensure the organization’s affiliated unions remain equipped to successfully compete in a rapidly changing environment. He also will continue to be a strong advocate for worker safety and the expansion of protections for both union and non-union construction workers.

In addition to his numerous business commitments, Mr. LaBarbera is actively involved in several charities and educational programs, and is a member of the board of directors of the Boy Scouts of America – Greater NY Council, the Ronald McDonald House and the Metropolitan Outreach Project.