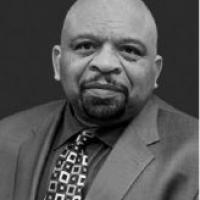 George Gresham, PhD, was born in Virginia and his family moved north to New York City when he was young. His mother was a homecare worker, and his father eventually got a union job as a truck driver, which helped provide some stability for their family.

Mr. Gresham began his career in the housekeeping department at Columbia Presbyterian Hospital in Manhattan. He soon moved up to become a clerk in the radiology department and then — through the 1199 Training Fund — studied to become an MRI Technologist. Over four decades, he has held nearly every position in the Union, including member delegate, organizer, vice president, executive vice president and secretary-treasurer, and was elected president in 2007.

Mr. Gresham has built a powerful voice for healthcare workers in local, state and federal government, and is a national leader for social justice. He believes strongly that the union movement must work together with coalitions to advance progressive causes, including access to quality healthcare, living wages, environmental protection and the rights of women, immigrants, the LGBT community and people of color.

Mr. Gresham is on the boards of the NAACP; Children’s Defense Fund; A. Philip Randolph Institute; Coalition of Black Trade Unionists; Murphy Institute Labor Advisory Board; Consortium for Worker Education; Partnership for Quality Care; and SEIU, which is the largest union in the United States with more than two million members.