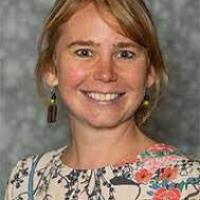 Maite Tapia is Assistant Professor at the School of Human Resources and Labor Relations at Michigan State University. She completed her Ph.D. in 2013 at the ILR School at Cornell University in the Department of Comparative and International Labor. Her dissertation focused on a cross-national comparison of community organizations in the US, UK, and Germany. More broadly, her research interests revolve around civil society organizations and collective representation, comparative labor and social movements in the US and Europe, as well as work and migration.

Maite has published some of her work in the British Journal of Industrial Relations and is, along with Lee Adler and Lowell Turner, co-editor of the forthcoming ILR Press book "Mobilizing against Inequality: Unions, Immigrant Workers, and the Crisis of Capitalism." For several years, she has been an active participant in The Worker Institute's Transatlantic Social Dialogue and since 2013 has taken on a more active role co-organizing the conference.

Maite has a master's degree in international organizations from the University of Parma, Italy and studied law as an undergraduate at University of Ghent, Belgium. She has also worked as a researcher for a labor institute in Bologna, Italy, examining industrial relations in Italy and Europe.