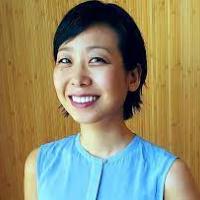 E. Tammy Kim is Staff Writer at Al Jazeera America focusing on labor, poverty, and culture. Previously, she was a lawyer for low-wage workers and worker centers in New York City, as well as a unionist (UAW Locals 2320 and 2210) and adjunct professor. As an advocate and litigator, she supported the organizing campaigns of domestic and restaurant workers, construction day laborers, commercial cleaners, and taxi drivers. As a freelancer funded by the Ms. Foundation for Women, the Nation Institute, and the Asian American Writers' Workshop, she wrote about child care providers, domestic day laborers, welfare-to-work, and unpaid artists, among other topics. Educated at Yale and NYU School of Law, Tammy was raised by working-class Korean immigrants in Tacoma, Washington.