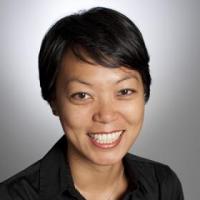 J. Mijin Cha, Associate Director, works in the Equity as a Superior Growth Model program PolicyLink. Prior to PolicyLink, Mijin worked at Demos, where she authored several reports on money in politics, voting reforms, and new measures of economic progress.

She has also spent several years working on environmental justice and green economy policy issues internationally and domestically. Her work experience includes senior research, policy, and legal positions at Urban Agenda, the Progressive States Network, and the Center on Race, Poverty and the Environment. She has also worked internationally with the Integrated Center on International Mountain Development (ICIMOD) in Nepal and The International Union for the Conservation of Nature.

Mijin has authored several reports and publications, including Stacked Deck: How the Dominance of Politics by the Affluent and and Business Undermines Economic Mobility, The New York City Green Collar Jobs Roadmap, Increasing Access to Environmental Justice: A Resources Book for Advocacy and Legal Literacy in South Asia; a chapter on the U.S. environmental justice movement in Access to Environmental Justice: Comparative Perspectives (Martinus Nijhoff 2007); and a chapter on indigenous mountain communities in Nepal in Climate Change and Indigenous People: The Search for Legal Remedies (Edward Elgar 2013). She has written for various outlets including, The American Prospect, the Huffington Post, Dissent, the Indypendent, and the Demos blog PolicyShop.