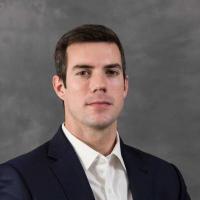 Mr. McNutt, began his law career as an Assistant District Attorney at the Brooklyn District Attorney’s Office where he conducted long-term narcotics investigations.  Later, as an Assistant District Attorney at the Nassau County District Attorney’s Office, Tim prosecuted violent crimes from arrest to trial or disposition.  There, he served as lead counsel in felony and misdemeanor jury and non-jury trials and presented numerous cases to the grand jury.  As a former Assistant Attorney General, Tim investigated and prosecuted white-collar crimes.  Prior to law school, Tim represented over 200 clients in the St. Louis City Drug Court successfully advocating for their placement in the diversion program in lieu of incarceration.

Mr. McNutt was the 2009 recipient of the Alec L. Cory Award, for outstanding service to Pro Bono and Public Interest communities.  He is a former board member of Equal Justice Works, a non-profit that facilitates opportunities for law students and lawyers to engage in public service and bring lasting change to under-served communities across the country.