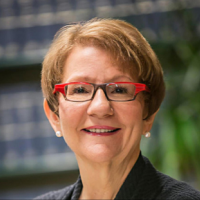 Esta Bigler, Esq., as Director of Cornell University ILR’s Labor and Employment Law Program, uses her extensive background in labor and employment law to convene conferences and forums studying the relationship between social science research and law to address labor and employment law and workplace issues with the goal of influencing legislation and public policy decisions.

Ms. Bigler is a Fellow of the College of Labor and Employment Lawyers and was the 2006 Recipient of the Alice H. Cook and Constance F. Cook Award for commitment to women’s issues and for improving the climate for women at Cornell. She is the current Chair of the New York State Apprenticeship Council and was appointed to the Advisory Committee on Governor Cuomo’s Task Force investigating worker exploitation.