Chair of the Board 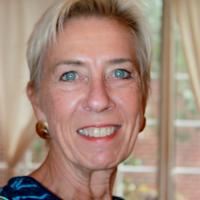 Hailed by Fortune Magazine as "the most powerful woman in the labor movement" Anna Burger retired in 2010 as both a top ranking officer at SEIU and the first chair of the labor federation, Change to Win. She brought together seven unions representing six million workers to develop a common agenda for working families, successfully negotiated with the White House on health care reform issues and negotiated the first bilateral agreement with the All-China Federation of Trade Unions.

Anna Burger serves as the New Conversations Project's Chair of the Board.