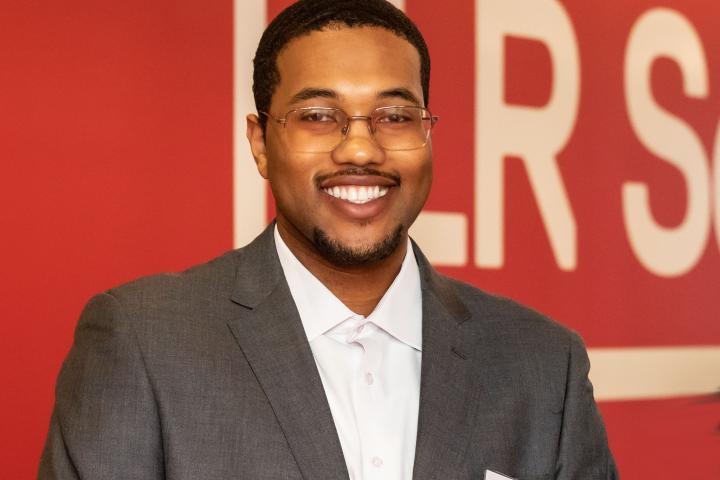 “I love the fact that I can bring my whole self” to the work, he said in an interview about his three years participating in the initiative, which offers peer-facilitated sessions addressing topics of identity and communication while providing skills to engage in productive conflict and create new shared meanings.

“We’re making a change in how people approach others who may not share similar physical appearances or have the same first language as them. Those moments when we make it easier for people to feel like they belong and connect with one another, in and out of class, are special for me,” he said.

Moore is among a growing number of Cornell students, faculty and staff participating in the program, known as IDP. “Having an opportunity to work with people who share this passion, who throw themselves into this work, is a huge reason why I feel welcome and safe being myself.” said Moore, one of more than 260 facilitators trained since the program began 10 years ago.

Many students struggle with loneliness, he said, and IDP helps them connect with one another, recognize that they’re not alone and “build capacity for others to not feel alone.”

IDP’s offerings, ranging from 2.5-hour introductory experiences to semester-long courses, have taught him “that you don’t have to have the same identities as someone to make them feel valued, and that anyone has the capacity to enact positive social change.”

“I learned a little about biases before IDP. I had some understanding of how I expected people to show up, as well as a limited understanding of privilege. But it was made very clear to me in IDP how relevant these things are to us as people and how they manifest in our everyday lives.”

Moore said he also realized through IDP how privilege can be used to further equity, question the status quo and challenge others to realize the impact of their words.

IDP is foundational to the new ILR Workplace Inclusion and Diversity Education program. As one of its first major projects, ILR WIDE, as it is known, will select eight undergraduates for a year-long experiential learning opportunity in workplace diversity and inclusion.

A member of the Cornell Boxing Club and the ILR Sports Business Society, Moore grew up in Los Angeles, began his Cornell career as a biology major at the College of Agriculture and Life Sciences, then transferred to ILR, where his favorite class is “Business Strategy” with Assistant Professor JR Keller.

Moore’s Class of 2022 was the first to complete the IDP-led “Community at Cornell” program that is compulsory for all incoming undergraduate students. After successfully completing IDP’s course for undergraduate students, EDUC 2610 (Intergroup Dialogue), and course for facilitators, EDUC 4826 (Leading Dialogue Across Difference), he started co-facilitating “Community at Cornell” sessions and has facilitated the EDUC 2610 course six times. (It’s a record and Moore has the sash to prove it!)

The learning goes both ways, Moore said. “It just fascinates me how much I get to learn through my groups. It’s one of the drivers that keeps me going. I’ve made connections to a lot of people.”

One of those persons was a student who sat apart from others in a biology class. Moore struck up a conversation with the student about his cool shoes. That led to cooking meals together, along with gym workouts. “Before IDP, I never would have talked to him. I gained a new friend and so did he.”

On July 11, Moore begins a job as a recruitment consultant at Phaidon International at its new midtown Manhattan office in New York City. There, and throughout his career, Moore said he hopes to share the IDP skills that connect people and continue to encourage others to enact positive change where they have the capacity.