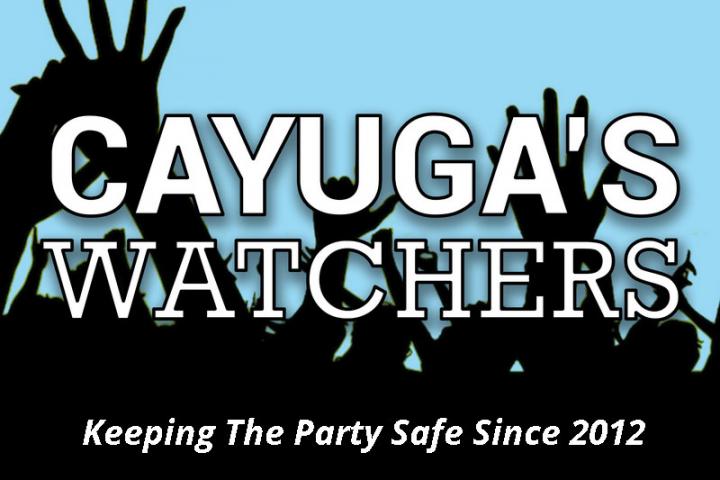 Watchers attend on an invitation-only basis, anonymously blending with party crowds and non-confrontationally intervene when they see questionable scenarios.

A partygoer who appears to be the victim of unwanted sexual attention, for instance, is invited by a Watcher to walk away, then asked if they need assistance.

Trained and tested in how to properly respond to alcohol-related emergencies, Watchers are paid $10 an hour with money raised from foundations, alumni and sources such as the Trice Award.

Along with student orientation week, Slope Day and Halloween, “Wet Week” is considered ripe with risk for students vulnerable to alcohol abuse.

Wet Week follows a four-week “dry” period of fraternity-sorority rushing and pledging, and marks the return to open parties at many Greek organizations.

“There is pent-up excitement after weeks of focus on Greek values of leadership, philanthropy and scholarship,” said Watchers’ adviser Professor William Sonnenstuhl.

“In these situations, it is natural for groups to experience a timeout, when they experience a release from the stresses of normal activities and celebrate by drinking more than they might otherwise,” he said.

“Timeout doesn’t mean everybody’s a drunk or even drinking to drunkenness, but it does create heavy drinking situations because people are blowing off steam,” Sonnenstuhl said.

Eighty percent of Cornell students drink responsibly or are abstinent, but ensuring the safety of some students requires intervention, Sonnenstuhl said.

It has also received backing from student groups such as the Cornell Interfraternity Council; it voted in 2014 that at least 75 percent of the membership of every fraternity in the council attend in-house training on the topics of sexual assault and alcohol education.

Reitman said the organization is dedicated to remaining a non-profit organization and to building a replicable and sustainable prototype.

Part of the interest in forming the Watchers' group in 2012, she said, stemmed from ILR organizational behavior courses taught by Sonnenstuhl and Professor Sam Bacharach.

Bacharach is director of ILR's R. Brinkley Smithers Institute for Alcohol-Related Workplace Studies and is the McKelvey-Grant Professor of Labor Management Relations.