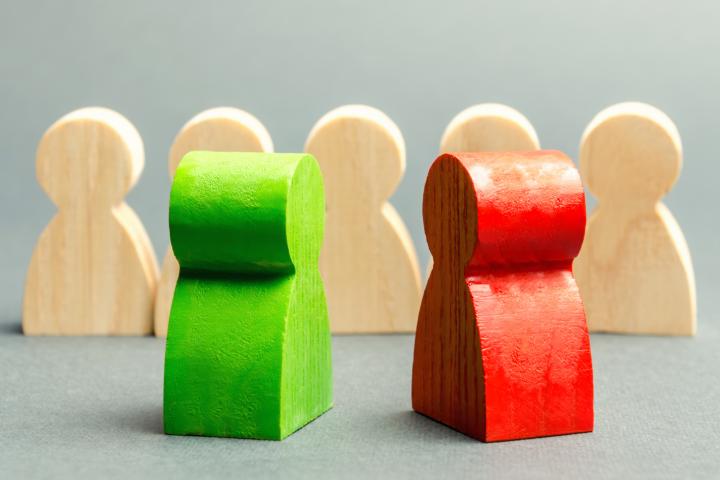 For much of the 20th century, a sizeable proportion of the workforce in the United States had access to a combination of dispute resolution and voice options through the union grievance process. However, with the decline of organized labor, the vast majority of today’s workforce does not.

In his paper, “Relational Exchange in Non-union Firms: A Configurational Framework for Workplace Dispute Resolution and Voice,” Associate Professor Ariel Avgar, Ph.D. ’08, addresses how dispute resolution has changed and proposes five alternative non-union models. In the paper, which will be published in May’s special issue of the ILR Review, Avgar discusses the internal and external characteristics associated with each of his five alternatives, and evaluates distinct employer and worker outcomes.

“We've amassed a lot of knowledge about how conflict resolution works in a unionized setting,” said Avgar. “And as employment relations scholars, it's important to expand our areas of study into the non-union space and examine the extent to which non-union firms are doing things that are similar to, or different from what unionized firms do when it comes to dispute resolution and voice. So, from a theory standpoint, we want to build on employment relations research in a unionized setting to advance what we understand and know about.”

In the paper, Avgar, associate dean for ILR Outreach, writes, “The combination of dispute-resolution and voice practices stands at the heart of how all firms, union and non-union, structure the relational exchange between management and workers … In the absence of negotiated voice and dispute resolution mechanisms to balance employer and worker interests, non-union firms have grappled with strategic decisions regarding how and when to provide workers with formal voice and dispute-resolution options.”

The five alternatives Avgar proposes are:

Avoidance configuration occurs when firms choose not to provide workers with either dispute resolution or voice options. Without any formal practices in place, conflict is typically resolved informally and with a great deal of managerial discretion and authority.

Firms that engage in protective configuration elect to implement defensive resolution practices without providing workers access to formal voice mechanisms. This is designed to protect firms from the costs associated with litigation and other public regulatory enforcement mechanisms.

Operational configuration occurs when firms provide workers with access to production-centered voice without access to formal dispute-resolution. These firms are likely motivated by the potential benefits that voice can provide for producing goods or delivering services, but are not as concerned with the need to defend against external threats, such as litigation or unionization.

Firms that provide workers with both defensive dispute-resolution options and production-centered voice are viewed as adopting a utilitarian configuration. Typically, these firms see the value in dispute-resolution practices as a defense against litigation exposure and other external threats, while also seeing the value that voice mechanisms have to capitalize on the knowledge and experience of the workforce.

Comprehensive configuration occurs when firms adopt both expansive dispute resolution options and worker-centered voice mechanisms designed to allow a broad expression of worker needs and concerns. These firms see the strategic value that goes beyond the narrow practical defense against external threats and advancement of production. The comprehensive model is anchored in the belief that addressing worker conflicts, needs and concerns benefits both workers and the firm.

“Non-union firms don't have the grievance process that union firms have. So, they have degrees of freedom to decide how to handle disputes,” Avgar said. “This paper provides the framework to account for the five key ways in which they respond or provide voice in dispute resolution. On the more practical side, this paper is designed to try and help explain what accounts for some firms providing robust voice in dispute resolution, while other firms that do very little, and also explain the implications of those different models.”