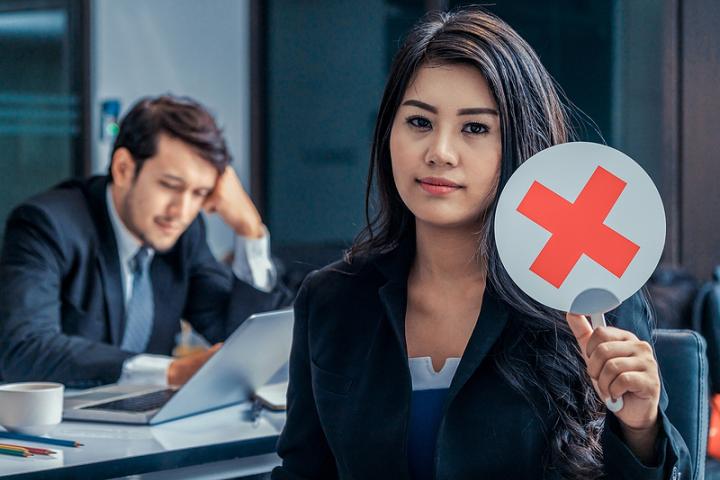 Internal job applicants who face rejection are nearly two times as likely to leave their organizations, compared to those who were either hired for an internal job or had not applied for a new job at all.

According to new research from JR Keller, an assistant professor of human resource studies at the ILR School, firms can systematically reduce the likelihood that rejected candidates will exit by being strategic when considering which employees are interviewed.

In their paper, “Turned Down and Taking Off? Rejection and Turnover in Internal Talent Markets,” published this spring by the Academy of Management Journal, Keller and his co-author, Kathryn Dlugos, MS ’17, Ph.D. ’20, assistant professor at Penn State University, analyzed over 9,000 rejection experiences of employees at a Fortune 100 company over a five-year period.

In a recent Harvard Business Review article written by Keller and Dlugos, the authors stated, “A key insight from our research is that employees do not apply for jobs solely because they want a new job right now; they also apply to learn what opportunities might be available to them in the future. If an employee is rejected today, they are more likely to stick around if they feel they will have good chance to advance tomorrow.”

As such, employees pay close attention to two aspects of the hiring process to determine whether they are likely to move into a similar role in the future.

First, internal candidates who were rejected after interviewing with the hiring manager were half as likely to exit as those rejected earlier in the process.

Keller and Dlugos found that getting an interview signaled to candidates that they have many of the characteristics needed to move into the job. Also, an interview allowed candidates to receive feedback from hiring managers about any knowledge and skills they may currently lack, as well as how to acquire them if they want to be hired for a similar job in the future.

Second, a rejected candidate’s likelihood of leaving was cut in half if they were passed over in favor of an internal candidate, rather than an external candidate.

According to the researchers, employees believe that the past predicts the future. Therefore, if their organization favored an external candidate, they assume they will have to face external competition for similar jobs in the future, lowering their own chances of being hired. Additionally, seeing a colleague get hired initiates a positive comparison, which allows the employee to feel as though they will have an opportunity to advance in the future.

“In short, companies that strategically manage their internal talent market are better positioned to keep rejected employees onboard.”