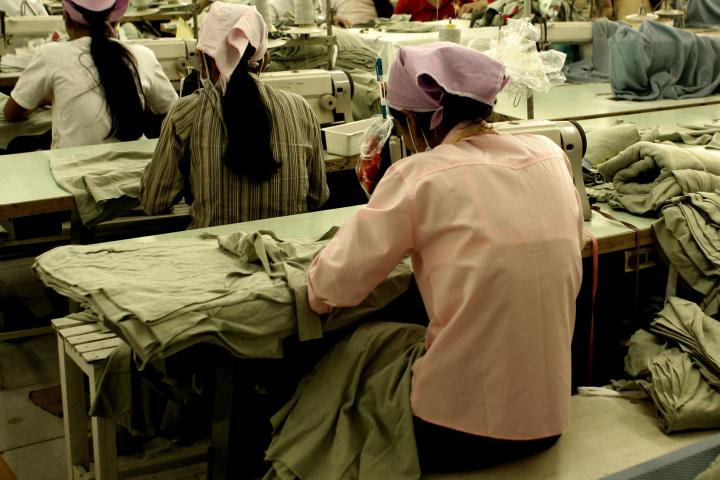 Factory workers in apparel supply chains are more likely to quit due to wage and benefit violations, relative to violations of other code provisions, such as environment protection and safety standards, according to new ILR School research that will be published in the British Journal of Industrial Relations.

More than two decades ago, after attention was drawn to sweatshop conditions in supplier factories, multinational corporations in the apparel and fashion industries adopted codes of conduct regarding labor rights and working conditions for their supply chain factories. Critics have suggested that apparel firms instituted this system – commonly referred to as private regulation – primarily to gain legitimacy in their home markets. But according to Professor Sarosh Kuruvilla, there is a disconnect between the logic of legitimacy that underlies corporations code of conduct and the logic of livelihood that factory workers use to evaluate their working conditions.

“These corporations want to present as good, responsible global citizens,” said Kuruvilla, ILR’s Andrew J. Nathanson Family Professor in Industrial and Labor Relations. “A key motivation is that they want to look good in front of their customers. So the supplier factories are told by their global buyers that they have to respect all of these rights and standards embodied in the codes, including paying a wage that affords workers a decent living. However, global buyers do not necessarily pay a higher price for their product to the factory. So the factory is getting squeezed.”

That squeeze results in factory owners cutting as many corners as possible in order to survive, he said. The resulting poor working conditions lead to a tremendous amount of turnover – as high as 50% a year in some areas. In his new paper, “Corporate codes of conduct and labour turnover in global apparel supply chains,” Kuruvilla finds that the overwhelming reason for the turnover stems from wage and benefits violations.

For the study, Kuruvilla and his co-author, Chunyun Li, from the London School of Economics and Political Science, secured data from a multinational company, dubbed Pangia, and compared code violations and turnover rates at 622 factories in 28 countries.

“Only wages matter,” Kuruvilla said. “Workers are willing to take all kinds of other hardships –

having no air conditioning, being exposed to dangerous chemicals – they're not going to leave the factory for that. But these promises that the company made to pay a living wage are not being realized and workers are clearly showing that they're not getting that pay, which is why they quit and go somewhere else where the wages are slightly higher.”

Kuruvilla, whose 2021 book examines the effectiveness of corporate social responsibility programs on improving labor standards in global supply chains, said that this latest paper is important due to a pair of new laws in the European Union.

The laws will now “mandate” what was previously “private voluntary regulation” and will require companies to report on the effects of their environmental and social policies in their supply chains. In addition, the former law, knows as the mandatory due diligence law, will allow aggrieved supply chain workers to sue European companies in the European courts.

“European regulators find my data fascinating because my research is the first, and in fact the only one, to actually look at turnover rates of workers in the low cost global apparel supply chain,” Kuruvilla said. “The study result highlights the importance of paying higher wages, and holding companies accountable for their promises to pay a living wage in their supply chain factories.”

Kuruvilla, the academic director of the Global Labor Institute, is serving as a consultant to some European governments as they solidify how these laws will be put in effect.