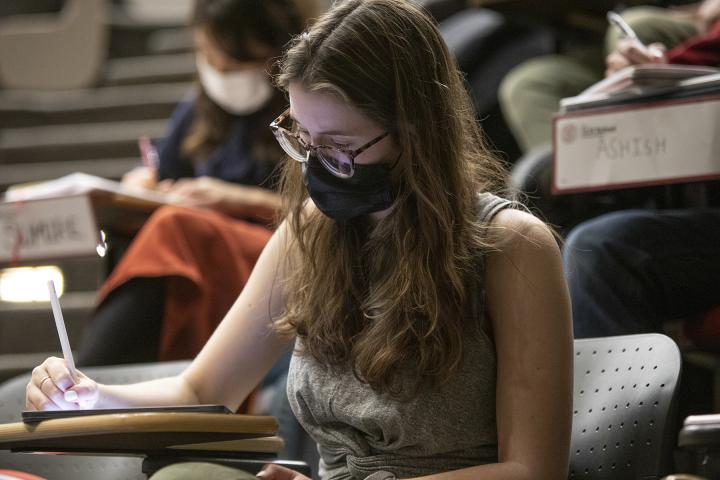 Academic breaks after high school – even those lasting just a few months – can cause some students, especially those from disadvantaged backgrounds, to forgo enrolling in college altogether, according to new research from Assistant Professor Evan Riehl.

In the paper, “Disrupted academic careers: The returns to time off after high school,” Riehl and co-author Nicolás de Roux of the Universidad de los Andes found that even a brief academic break led to an eight percent reduction in college enrollment rates, with the largest effects coming from students with disadvantaged academic and socioeconomic backgrounds.

The researchers also found that the academic break reduced the early-career earnings of high-ability students, but had little impact on the earnings for less-prepared students.

“In Colombia, as in many countries, college dropout rates are really high,” says Riehl. “There is wide variation in the quality of colleges and the amount of resources that colleges have to help students graduate. So students must be academically prepared and motivated to earn a degree. We find that individuals who were prepared to succeed in college would have had large returns to attending college, and in this sense they made a ‘mistake’ by not enrolling. Other students, however, may have dropped out of college anyway, and so forgoing college did not have a big impact on their careers.”

To conduct their study, Riehl and de Roux took advantage of a policy change that altered academic calendars in two regions of Colombia, causing nearly 30,000 high school graduates to wait an extra semester to start college. For data, they merged records from a national standardized high school exit exam to college enrollment and earnings records from the Ministries of Education and Social Protection.

The results of the study suggest that a variety of “mistakes” can arise in the transition from high school to college, and that there can be benefits to education systems, like those used in some European countries, that track students into appropriate postsecondary options.

“In the U.S. and Colombia, students have more flexibility in choosing which colleges to apply to after high school,” wrote the authors. “More flexible education systems can lead to indecision in the transition from high school to college, and thus create breaks in students’ academic careers … The returns to college may be low if students are less prepared or less motivated. Tracking systems like those in many European countries can help guide individuals to internships or vocational programs where they are likely to succeed.”

The paper will be published in the May 2022 edition of the Journal of Development Economics.