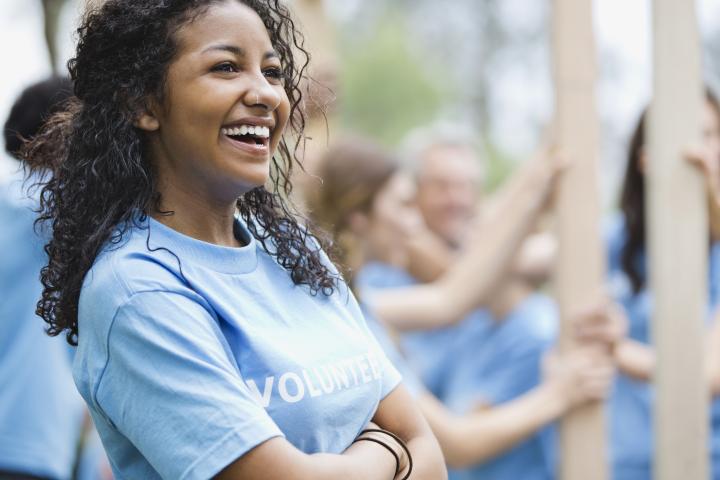 2020 was a year of widespread unrest in the United States, with an estimated 15 to 26 million people protesting income inequality and racial injustice in more than 3,000 distinct locations according to the New York Times. Two years later, faced with the ongoing COVID-19 pandemic and new national priorities, millions of Americans who participated in demonstrations are wondering: What comes next?

At Cornell University, the ILR School has developed an answer using the expertise of its ILR Buffalo Co-Lab (ILR Buffalo) and community-based think tank Partnership for the Public Good (PPG). In January 2022, ILR Buffalo and PPG launched an online certificate through eCornell entitled Equitable Community Change to provide practical training for individuals working in all sectors of society to build more equitable, just, and sustainable communities.

“Long-standing forms of systemic inequality became magnified a thousandfold,” says Weaver. “COVID-19 became a focusing, organizing event for us. We wanted to join the conversation about how communities can rebuild for a more equitable future.”

In addition to the hardships of COVID, Magavern says there are three other major trends pushing the need for more widespread equity change education. First, Americans increasingly want answers to the country’s worsening economic inequality. A January 2020 Pew Research Center report found that, from 1970 to 2018, the share of total income going to middle-class households fell from 62 to 43 percent, while the share held by upper-income households increased from 29 to 48 percent. Next, the historic Black Lives Matter (BLM) movement raised the urgency of facing ongoing racial injustice in the U.S. And finally, the divisive state of national politics has shifted focus away from Federal or state change initiatives.

“National politics aren’t working, and national policies aren’t changing as much or as fast as they need to,” Magavern says. “As a result, much of the equity work is moving to cities, towns, and counties; where it is reaping lots of results.”

Weaver and Magavern have seen those results first-hand. PPG’s 300 partner organizations have won significant policy changes in western New York and across the state during this tumultuous time. More than 20 of those partners share lessons learned in the new Equitable Community Change certificate, integrating it with ILR Buffalo’s expertise to help participants identify inequality in their communities; analyze power dynamics and systems; use data and social action research to pick the right targets; and construct stories that bring diverse people and communities together for deeper conversations. “Participants identify real issues in their community they want to address,” says Magavern. “They start applying as soon as they start learning.”

Equity also is at the heart of the Equitable Community Change certificate itself. The program encompasses six, two-week courses without prerequisites, and keeps class sizes under 35 people. Additionally, strategies are being developed to increase access to the program for people with demonstrated need. As Weaver says, anyone can use the tools they teach to make change, whether public interest lawyers, activists and community development organizers; social workers; educators; or concerned citizens.

“The last two years brought thousands of demonstrations and equity actions across the U.S.,” says Magavern. “People saw how much power they had when they worked together, and that was a big motivator for this certificate. Our philosophy is that you don’t do anything alone. These courses get people engaged in the civic conversation, which is very self-reinforcing.”

Sarah Thompson is a writer for eCornell.