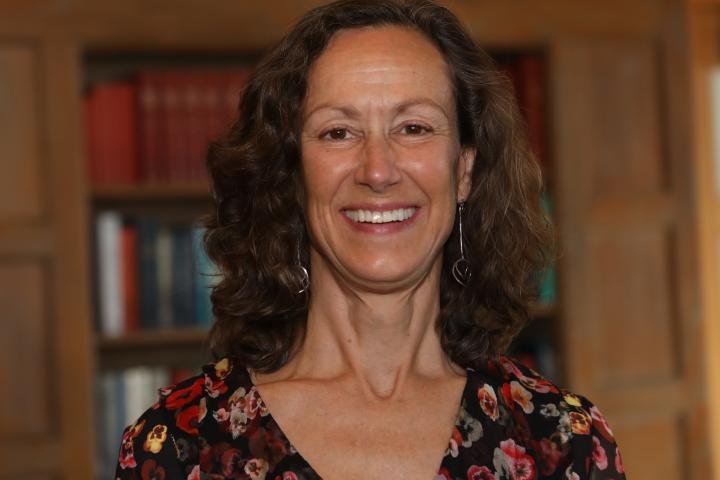 “Even in the 21st century, women’s employment continues to be this lightning rod,” said Kathleen L. McGinn, the Cahners-Rabb Professor of Business Administration at Harvard Business School, when she delivered ILR’s annual Cook-Gray Lecture last week.

McGinn studies the role of gender and social class at work, at home and in negotiations.

In McGinn’s presentation, Cross-Generational Gains from Women’s Employment, she drew from two of her studies that focus on how women’s employment, alongside men’s employment, affects the lives of girls and boys in the next generation.

The first study focused on mother’s employment in 29 countries, primarily in North America and Europe. It looked at the adult sons and daughters of mothers employed outside the home when they were children, relative to the adult sons and daughters of mothers who stayed at home full time, and sought to discover its effect on their employment choices and their domestic choices, such as how much time they spend on housework and with their families.

Additionally, they found that women who were raised by mothers who worked outside the home were more likely to be employed, more likely to supervise others, spend more time at work and have higher annual earnings. At home, men who were raised by employed mothers spend on average spend 50 more minutes per week – nearly double that of other men – caring for family members.

McGinn’s second study focused on men’s and women’s employment together, as she and her coauthor, Alexandra Feldberg, identify the effects of women’s employment in traditional jobs – relatively low paying but tend to be physically near their home, allowing them to continue caring for their children and household – and nontraditional jobs – providing relatively greater financial resources while challenging gender norms – on household decision-making, and specifically its effect on the gender-sex ratio.

For this research, the authors studied women’s employment in India over a 40-year span from 1981 to 2011, and found that as women’s traditional employment goes up, the effect on the sex ratio is positive – meaning more girls make it to the age of seven – even if men’s employment is also rising.

On the other hand, according to McGinn, if men’s employment is going up, and women’s non-traditional employment is also rising, “there is a disruption of the social order and fewer girl babies make it to seven-years-old.”

“There is a positive and significant relationship between women’s employment and their voice in decision-making ... When women are employed, they have more voice in household decisions, and women’s voice effects the number of girls that are born.

“This is the really simple finding,” said McGinn, “when women have more voice, the status of girls in the next generation goes up.”

To watch a replay of the Cook-Gray lecture, visit https://youtu.be/08BNORKPSgo.