Advice to Novice Debaters: “Lean Into It” 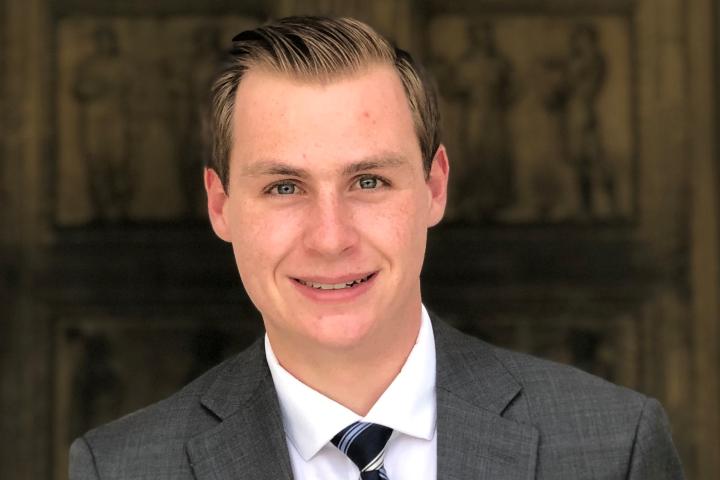 The Cornell International Summer Debate Camp invites local students to join teens from around the world July 30 through Aug. 7 to learn about debate, a civil discourse skill.

Take it from Sean O’Neil: “I was introduced to and fell in love with debate at the Cornell International Summer Debate Camp. It features phenomenal instructors who teach the unique writing, analytical and public speaking skills that come with debate and the fun of live competition.”

“The passion for debate and skills I gained at the camp have also played an essential role in my academic and career development, from joining the debate team in college to the internships and jobs I have pursued and my ultimate decision to go to law school."

O’Neil was a student at Lansing High School, just north of Cornell, when he attended the week-long camp. He went on to become the president of the George Washington University Debate & Literary Society, and he begins at Harvard Law School in 2023.

As a first-time camp debater, O’Neil faced his fear of public speaking, but powered through it with the help of instructors who he says welcome both newcomers and experienced debaters.

“Your focus is on improving and doing better the next time, rather than being embarrassed. So my advice to first timers would be to lean into it, don't compare yourself to others and work with your instructors and peers to build your skills throughout the week.”

Although students are recruited nationally and internationally for the camp, area students ages 12 through 18 are urged to participate, and need-based scholarships are available to defray the $650 day camp tuition, according to Armands Revelins. He is the camp’s director and assistant director of the Cornell Speech and Debate Program, based at the ILR School.

Revelins said in a Cornell “All Things Equal” radio show segment that debating means communicating in a structured way in which you are more likely to be effective and to be heard. Students are already passionate about many things, and debate trains students to articulate those things.

About 50 students, including campers from Peru, Canada and the Netherlands, will gather at the ILR School for workshops from 9 a.m. to 5 p.m. July 30 through Aug. 7. Applications are still being accepted and more information is available by contacting Revelins.