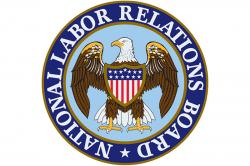 Implications of an upcoming 3-2 Republican majority on the National Labor Relations Board were considered at a June event sponsored by ILR’s Labor and Employment Law Program.

“It’s no secret that the Obama board was seen as pro-union and pro-worker by the management community,” Esta Bigler ’70, program director, said at the panel discussion in New York City. “The management bar and its lawyers are waiting for some Obama decisions to be overturned.”

Bigler served as moderator at the ILR event featuring Philip Miscimarra, named by President Donald Trump as chairman of the labor board in April.

The appointment of two more Republicans board members is expected. They would join Marc Gaston Pearce and Lauren McFerran, the two Democrats now on the board.

Miscimarra , while exercising care not to reveal how the board might rule in a number of important decisions, made clear one change he would like to see under his leadership. Despite the board’s best intentions, “we have tended to use the language of lawyers, rather than the language that practitioners can often easily understand and apply.”

What “I regret about so many of these cases is that it just makes it harder for people to understand the difference between right and wrong without turning to us for guidance,” he said.

“We provide A-plus guidance at D-minus speed, despite everyone’s efforts at the agency to work as quickly as we can.”

Another event panelist, Daniel Ratner, who has spent his career working for and representing unions, cited the case of Ivan Castelan and asked that Miscimarra and the board use the assumption of risk analysis in reviewing this and other joint employer cases.

Castelan worked at WeWork as a cleaner who came from Commercial Building Maintenance Corporation (CBM), a contractor.

In three years, Castelan’s duties expanded from cleaning to overseeing inventory and placing supply orders, but he said he was given the runaround when he tried to negotiate for higher pay.

“Should the worker assume any of the risk in that relationship?” Ratner asked. “And if not, then putting the risk on the worker I would argue both violates the National Labor Relations Act and it produces bad results in the marketplace because you are going to depress wages.”

Congress passed the National Labor Relations Act in 1935 to protect employee and employer rights, but also to encourage collective bargaining. Ratner argued that workers should not have to assume the risk in “situations where they have no voice” and when the user employer and the supplier employer can easily assign the risk between themselves in their contract.

Another panelist, Eve Klein ’82, Law ’85, a partner at Duane Morris, said she is fine with an employee going back to the employer that is paying them. But, “to start with the premise that anybody who touches the employee should be considered a joint employer and responsible for bargaining I think takes things too far.”

David Leach, National Labor Relations Board Region 22 regional director, and an attendee, followed up on a comment by Miscimarra, who praised his agency’s staff for doing all the “heavy lifting.”

Leach, pointing out that President Trump’s budget suggests a six percent budget cut, said, “I noticed recently that I have fewer lifters.”

“We have not had an increase in at least five years, so that effectively [means] we have been cut every year with the cost of living,” Leach added. “How can we fight effectively to get the resources that are needed to do this work?”

Miscimarra said he and his team have fought to protect the agency’s budget and have been “shameless” in that cause. He noted that their efforts had succeeded in bringing down the original proposed cut of 12 percent.

“Nobody would be well served by having a reduction in our budget,” Miscimarra said. “Any reduction, even six percent, will cause a real hardship on the agency. We are of one mind with respect to that issue.”