ILR in the News

ILR School faculty are sharing work, labor and employment expertise with journalists on a daily basis during the COVID-19 pandemic. A sampling of ILR media placements are featured here.

Is Your Grocery Delivery Worth a Worker’s Life?

Is Your Grocery Delivery Worth a Worker’s Life?

Workers around the country are walking off the job to protest a lack of protective equipment, safety measures, even soap. Alex Colvin shares his thoughts. 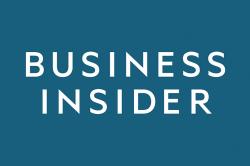 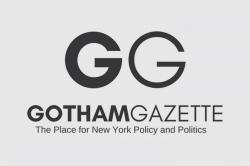 Fred Kotler: Construction workers, and many others, can benefit from prevailing wage expansion. 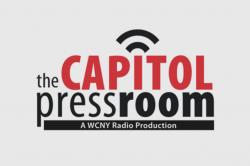 In countries across the world, offices have emptied because of coronavirus. Brad Bell shares research in roundtable discussion.

Stories from major new outlets for which ILR School faculty have provided insight and expertise.

AlterNet - April 3 - Rose Batt
Here's what Wall Street doesn't want you to know about its grip on emergency rooms.

Ledger-Transcript - April 3 - ILR School
COVID-19 and the gig economy: Who's a gig worker and what benefits can they get now?

Business Insider - April 2 - Louis Hyman
'This is why people are so angry': Tech giants like Google, Facebook and Uber built their empires on the backs of contractors. A pandemic is showing just how horrifically that model failed American workers.

Marketplace - March 30 - Nellie Brown
Gas stations depend on getting customers inside. Is that a problem right now?

The New York Times - March 26 - Nellie Brown
How Should I Do Laundry Now?

NPR's The Hidden Brain Podcast - February 24, 2020 - Vanessa Bohns
The Influence You Have: Why We're Blind To Our Power Over Others

Marketwatch - February 4 - Ifeoma Ajunwa
States are cracking down on companies microchipping their employees -- how common is it?

Fortune - January 28 - Ifeoma Ajunwa
The A.I. in your workplace

Fortune - January 20 - Ifeoma Ajunwa
A.I. is transforming the job interview -- and everything after

The Washington Post - January 14 - Maria Figueroa
Can California rein in tech's gig platforms? A primer on the bold state law that will try.

CNN Business - January 9 - Louis Hyman
California's new gig economy law was meant to help workers. But it will likely hurt them instead.

WQRIUS - January 2 - Brian Lucas
Having a Brainstorm Session? Here's Why You Should Begin With an Embarrassing Story

The Washington Post - December 15 - Eli Friedman
They built a Chinese boomtown. It left them dying of lung disease with nowhere to turn.

The New York Times, November 23- Risa Lieberwitz
Our Professor's Views are Vile, University Says, But We Can't Fire Him

Newsweek - November 20 - Erica Groshen
At Tonight's Debate, Democrats Will Offer Silver Bullets. But These Alone Will Not Solve Inequality

The Economist, November 9 - Vanessa Bohns
McDonald’s fires its boss over a workplace romance

The Guardian, November 8 - Ifeoma Ajunwa
The rise of microchipping: are we ready for technology to get under the skin?

Ladders, November 5 - Francine Blau
"Millennial women are twice as likely as their mothers to make more money than their partners"

Chicago Tribune, November 4 - Vanessa Bohns
"McDonald's fired its CEO for sleeping with an employee – research shows why even consensual office romances can be a problem"

BBC News, October 30 - Ileen DeVault
"Why US teachers have been walking out of schools nationwide"

Business Insider, October 30 - Francine Blau
"Millennial women are twice as likely as their mothers to make more money than their partners"

WBFO88.7, October 29 - Art Wheaton
"As GM workers get back to work, Ford bargaining expected to be less adversarial"

The Crescent News, October 25 - Art Wheaton
"Early UAW voting leans toward ratification, but there is still a long way to go" -- Second citation.

Wyomingpublicmedia.org, October 23 - Art Wheaton
"'It's Time To Get Something Back': Union Workers' Voices Are Getting Louder"

Saulkvalley.com, October 21 - Harry Katz
"UAW workers may yet strike at Ford and Fiat"

The Guardian, September 30 - Harry Katz
"A strike for the little guy: auto workers hope a deal will change the industry"

Jalopnik, September 27 - Harry Katz
"GM Backs Down On Cutting Off Healthcare For Its Striking Workers"

Vox, September 20 - Alex Colvin
"The House just passed a bill that would give millions of workers the right to sue their boss"

The Atlantic, September 10 - Louis Hyman
“STEM is Overrated; College is not just job prep, and the job market changes constantly"

Axios, September 7 - Ifeoma Ajunwa
"What your office knows about you"

The New York Times, September 1 - Ifeoma Ajunwa
"Cooking Eggs in the Morning and Shucking Oysters at Night, Thanks to an App"

Worth.com, August 29 - Marya Besharov
"How Non-Profits Can Use Business as a Force for Good"

NY Times -Opinion, August 10 – Louis Hyman
“E-Commerce Promised the World. Are We Happy With Our Purchase?”

MarketWatch, August 4 – Ifeoma Ajunwa
“Your employer has more confidential data on you than Amazon, Apple or Facebook”

The Philadelphia Inquirer, July 10 - Rosemary Batt
“The health care industry is growing, but not all jobs are equal. For Hahnemann workers, what are the prospects?”

Cornell Chronicle, May 13, Tuesday - Brian Lucas
"Brian Lucas: Studying motivation in and out of the workplace"

MSN, May 12, Monday - Lance Compa
"Delta told workers to save up for football, beer and video games instead of joining a union"

Apple Podcast, May 11, Saturday - Louis Hyman
"Louis Hyman on the Rise of the Gig Economy; Who Makes Cents?: A History of Capitalism Podcast"

Fordham Law News, May 10, Friday - Ifeoma Ajunwa
"Algorithmic Injustice in the Age of the Digital Poorhouse"

The Conference Board, May 10, Friday - Susanne M. Bruyère
"Disability in the Workplace in China: How to Move the Needle"

The Washington Post, May 3, Friday - Ileen DeVault
"Trump’s fight with Biden over union endorsement foreshadows a fierce battle over labor votes in 2020"

The Guardian, May 3, Friday - Lee Adler
"It's because we were union members': Boeing fires workers who organized" -- First citation.

Equities.com, May 3, Friday - Lee Adler
"It's because we were union members': Boeing fires workers who organized" -- Second citation.

The New York Times, April 30, Tuesday - Vanessa Bohns
"Would You Let the Police Search Your Phone?"

Globenewswire.com, April 30, Tuesday - Kheel Center
"City of Workers, City of Struggle Opens at the Museum of the City of New York on May 1"

Casetext.com, April 23, Tuesday - Vanessa Bohns
"Is It Time To Talk Instead Of Text?"

Jacobin Magazine, March 19, 2019, Tuesday - Alan Krueger and Louis Hyman
"Just How Precarious Is the US Economy?"

Rewire.com, February 18, 2019, Monday - Sam Nelson
"The Key to Winning an Argument Isn’t What You Think"

Boston Globe, February 14, 2019, Wednesday - Francine Blau and Lawrence Kahn
"The glass ceiling is even higher in the penthouse."

Washington Post, February 13, 2019, Wednesday - Francine Blau and Lawrence Kahn
"The glass ceiling is even higher in the penthouse. Among the 1 percent, women are scarce."

Wall Street Journal, February 9, 2019, Saturday - Ileen DeVault
"Number of Workers Striking Across the US Jumped in 2018"

Nytimes.com, January 25, 2019, Friday - Fran Blau, Lawrence Kahn
"When Paid Leave, Gates Foundation Says There Can Be Too Much of a Good Thing"

Bloomberg, January 24, 2019, Thursday - Alex Colvin
"This Is What Happens When You Try to Sue Your Boss"

Businesswire.com, January 22, 2019, Tuesday - Susanne Bruyere
"Are Cities Ready for the Next Wave of Technology Disruption? Oliver Wyman Leads the Discussion"

The New Yorker, December 17, 2018, Monday - Rosemary Batt
"Can The Deal To Compensate Toys R Us Workers Be Replicated at Sears?"

Slate.com, December 12, 2018, Wednesday - Ifeoma Ajunwa
"Spy and Conquer; The new Roger Ailes documentary shows just how much employers can use technology to surveil their workers."

The Cornell Daily Sun, November 20, 2018, Tuesday – ILR and Hotel
“The Marriott Strike: A Call to Action for Cornellians”

Thetimes.co.uk, November 11, 2018, Sunday
“Why the Silicon Valley titans who got our kids addicted to screens are sending their own children to tech‑free Waldorf schools”

Versobooks.com, November 5, 2018, Monday - Louis Hyman
“Who Makes Cents: A History of Capitalism Podcast Episode 51- Louis Hyman on the Rise of the Gig Economy”

Glamour.com, October 24, 2018, Thursday - Ifeoma Ajunwa
"'Hiring Bots' Might Be Responsible For You Getting Your Dream Job—Here’s How to Use Them to Your Advantage"

The New York Times, October 20, 2018, Sunday - Louis Hyman
"Back When Sears Made Black Customers a Priority"

Wlrn.org, October 19, 2018, Saturday - Louis Hyman
"And one-time retail giant Sears filed for bankruptcy this week. On Twitter, historian Louis Hyman weighed in on what you may not know about the store’s legacy"

Timeshighereducation.com, October 18, 2018, Thursday – Louis Hyman
“The entrepreneurial chemist talks about molecular tools, batteries in the walls and a three-slice secret to success”

Pressreader.com/usa/Chicago-tribune, October 17, 2018, Wednesday – Louis Hyman
“What the Sears catalog says about our racial past”

Npr.org, October 16, 2018, Tuesday – Louis Hyman
“How The Sears Catalog Was Revolutionary In The Jim Crow Era”

Marketwatch.com, October 10, 2018, Wednesday – Louis Hyman
“The end of the two-week pay cycle: How every day can be payday”

Wsj.com, October 3, 2018, Wednesday – Erica Groshen
“Where Hurricane Florence May Show Up in the September Jobs Report”

Thedailystar.net, September 23, 2018, Sunday - Lawrence Kahn
"Why do women get less pay than men?"

Canadianbusiness.com, September 19, 2018, Wednesday- Ifeoma Ajunwa
"How corporate wellness programs got a bad name—and how to fix them"

Newstral, September 19, 2018, Wednesday - Louis Hyman
"Is Uber the problem with our workforce or the solutions?"

Nonprofit quarterly, September 5, 2018, Wednesday - Kate Bronfenbrenner
"What We Can Learn from Rising Interest in Unions"

Fastcompany.com, September 4, 2018, Tuesday - Rose Batt
"Why work has failed us: because companies aren't sharing the profits"

Seattle Times, September 3, 2018, Tuesday - Louis Hyman
"It's a record bull market, but most workers aren't invited to the party."

Slate.com, August 23, 2018, Thursday - Louis Hyman
"Maybe Companies Like Uber Are Not to Blame for Our Era of Insecure, Unstable Jobs"

Umbrex.libsyn.com, August 21, 2018, Tuesday - Louis Hyman
"Unleashed - How to Thrive as an Independent Professional: 96. Louis Hyman on the history of temp labor in America"

Latestnigeriannews.com, August 20, 2018, Monday - Louis Hyman
"Tech did not create the gig economy, which has been growing since the 1970s"

The San Diego Union-Tribune, August 16, 2018, Thursday - Adam Seth Litwin
"If you want a six-figure salary, get a job in this industry"

Cnbc.com, August 13, 2018, Monday - Erica Groshen
"Autonomous vehicles won't only kill jobs. They will create them, too"

marketplace.org, July 26, 2018, Thursday - Erica Groshen
"What GDP tells us about the economy"

WCNY.org radio show, July 6, 2018, Friday - Gene Carroll
"How union power has been dismantled and what it means for workers"

Blue Virginia, July 2, 2018, Monday - Francine Blau and Lawrence Kahn
"Far-Right Virginia Sen. Amanda Chase: “The ERA Amendment is nothing more than a ploy by the left to eliminate gender altogether."