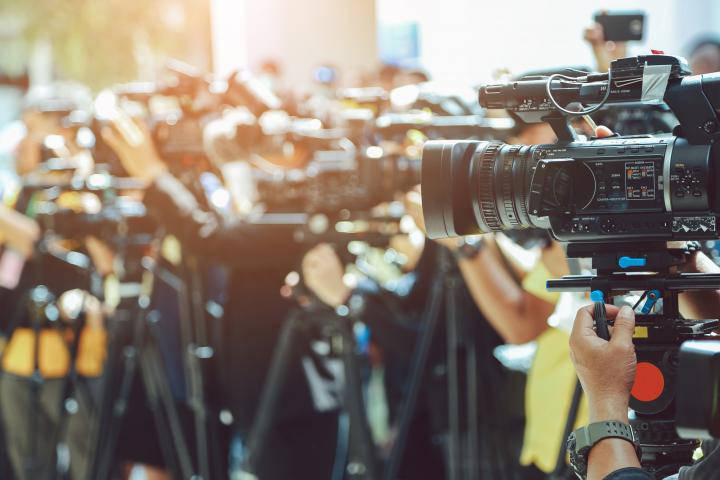 The public is invited to the discussion with Noam Scheiber of The New York Times, Eleanor Mueller of POLITCO, Paige Smith of Bloomberg Law and Lauren Kaori Gurley, Motherboard/VICE Media.

“Labor’s Big Moment? Insights from Journalists” is the fourth in “The Future of Work: Labor in America,” an ILR series featuring leading national voices on big tech unionization, teachers and the PRO Act.

The pandemic revealed worker rights’ disparities from tiny coffee shops to the nation’s biggest employers and a more vocal workforce demanding change, sometimes with calls to organize into unions. Register here and submit your questions for Wednesday’s live event, covering issues such as:

Lauren Kaori Gurley is a senior staff writer at Motherboard, VICE Media’s tech site, who covers the intersection of labor and technology. Her reporting has also been featured in “The New Republic,” “The New York Review of Books,” “In These Times,” and “The American Prospect.”

Gurley was the recipient of the 2021 Sidney Award from the Sidney Hillman Foundation for her coverage of the Amazon union drive in Bessemer, Alabama, and the 2019 Amnesty International Student Journalism Media Award. She lives in New Haven, Connecticut.

Based in Washington, D.C., Paige Smith is a labor and employment reporter with Bloomberg Law, where she covers a range of topics related to employment law.

In the past year, she has reported stories ranging from whether employers can offer a cash incentive to encourage you to get a vaccine to whether caste discrimination is currently illegal under existing federal law. Smith also covers the U.S. Equal Employment Opportunity Commission and the Labor Department’s Office of Federal Contract Compliance Programs.

Eleanor Mueller is a labor reporter for POLITICO and POLITICO Pro covering labor politics and policy, with a focus on legislation. She has written extensively about paid leave and child care, as well as unions, unemployment insurance, and other issues.

Mueller joined POLITICO as a copy editor in 2018. Before that, she reported out of newsrooms including CNN, McClatchy, USA TODAY and others.

Noam Scheiber is a Chicago-based reporter who covers workers and the workplace. Before coming to The New York Times, he spent nearly 15 years at The New Republic magazine, where he covered economic policy and three presidential campaigns.

His book, “The Escape Artists,” is a narrative of the Obama administration’s efforts to save the economy from the Great Recession. He holds a master’s degree in economics from the University of Oxford, where he was a Rhodes Scholar, and undergraduate degrees in math and economics from Tulane University.

Alex Colvin’s research and teaching focuses on employment dispute resolution, with a particular emphasis on procedures in non-union workplaces and the impact of the legal environment on organizations.

His current research projects include empirical investigations of employment arbitration and cross-national analysis of labor law and dispute resolution. Dean Colvin is the co-author of “An Introduction to U.S. Collective Bargaining and Labor Relations” (with T. Kochan and H. Katz) and of “Arbitration Law” (with K. Stone and R. Bales).