Connecting the Past with the Present 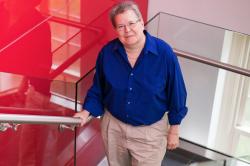 Professor Ileen DeVault is proud to help lead the fight for gig economy workers in New York state. The academic director of The Worker Institute was a driving force behind the institute’s recent report that called on the state to better protect the rights of those workers.

“People talk about the gig economy being the future of work, but many of these workers are facing conditions that employees struggled with a century ago,” said DeVault, a professor of labor history. “Providing them with the rights that other workers receive will prevent many of the problems identified in the study from getting worse.”

DeVault outlined and structured the sections in the report, selected the writers, and edited the final report. Among its conclusions: gig economy workers receive low and unstable earnings, don’t receive benefits, and are not protected by the state from abuses.

“I think in the future, there are real chances to get legislation introduced and passed that will hopefully give the state’s on-demand platform workers, or gig workers, most or all of the rights of employees as opposed to being independent contractors,” she said, including family and medical leave, unemployment insurance, the right to organize and collectively bargain, and workers compensation coverage.

DeVault is also the co-chair of the Equity at Work initiative at the institute, which studies the impact of evolving gender roles and norms in the workplace. “As the director, I get to experience firsthand what today is like and apply the historical lens to understand, ‘How did these things that are happening now come about? How are they similar and how are they different from events that happened in the past?’ I am very interested in how work has changed and how workers have changed – or not.”

A new direction in her research

In her personal research projects, DeVault has turned her attention from female workers in her first two books to male workers in her planned third book. “My research interests all have to do with how gender operates in the workplace, in one way or another,” she said. “Usually, when people talk about work-life balance, such as working while caring for sick children, they say that’s a problem for women, but they forget that men have to do that, too.”

DeVault’s first book, “Sons and Daughters of Labor: Class and Clerical Work in Turn-of-the-Century Pittsburgh” (1995), was about the impact on workplaces as women first started taking over some clerical office jobs in the late 19th century and early 20th century in Pittsburgh.

Her second book, “United Apart: Gender and the Rise of Craft Unionism” (2004), examined how male and female workers, often separated by their jobs, were more successful in their job actions when they cooperated to fight for better conditions.

“A standard historical truth from that time was that all female workers were young and single, but in fact, in many of the strikes from that time, there were a lot of older married women and women with children at work in the workforce,” she said.

When historians research women’s labor history, the first question they often ask is are they young single women or older married women, and what’s the difference, DeVault said. “But when we look at male workers, no one ever asks that question. We don’t really look at how men’s family status impacts their workplace experiences, let alone their union experiences.”

During a vacation years ago to the Olympic Peninsula in Washington state, DeVault planted the seeds for her third book about male workers. She was intrigued by an abandoned and isolated logging camp from the early 20th century, a former boomtown where many of the single male workers at that time lived in bunkhouses, and the married men lived in cottages with their families. She has completed most of the research and hopes to start writing it in the next year or two.

“I want to look at how men’s family status effects their workplace experiences, even though we almost never talk about that,” she said. “Men have families, too.”

DeVault is also involved in a study, through the Equity at Work initiative, about male construction workers in a union in New York City and how they cope with family and child-care responsibilities, similar to the logging workers 100 years ago.

“They are another workforce where they work for a week and then they get a week off, or they work frantically all summer and then don’t have employment for several months,” said DeVault, who is researching with former ILR School assistant professor Beth A. Livingston, now at the University of Iowa. “I think our work will be very impactful when it’s done.”

DeVault recently completed her third year as academic director of The Worker Institute and has agreed to stay on for two more years. She also remains committed to teaching. In the 2019-20 school year, she will teach U.S. Labor and Working-Class History in the fall and Unfree Labor Servants, Slaves and Wives in the spring.

“I love the students in the ILR School,” she said. “They are a smart, sassy, good group of people who challenge me to stay on my toes and constantly rethink what I do in the classroom.”

She’s been an inspiration to many former students, said Kalisha Dessources Figures ’12 and Deanna Ping ’12.

“She taught me to appreciate the history behind social policy issues, and I developed an interest in research that led me to enter a Ph.D. program,” said Dessources Figures, who is pursuing a doctorate in sociology at Yale University and is director of the National Philanthropic Collaborative of Young Women Initiatives. “In her classes, she had us explore complex and difficult issues around inequity, race, and gender, but she made it a welcoming place for all students and was always approachable.”

DeVault’s classes influenced Ping’s decision to work as a labor policy consultant in the California state legislature after graduation. Ping also credits DeVault’s compassion for helping her adjust at Cornell. She was among a group of freshmen invited to DeVault’s home for a meal when she was grappling with homesickness.

“She genuinely cares about her students, and when there were debates or conflicts in class, she created space to understand each student’s point of view,” said Ping, who recently earned a Master of Business Administration degree from Stanford University and a master’s degree in public administration from Harvard University. “When I was writing my thesis, Professor DeVault balanced the roles of supporter and challenger perfectly, ensuring that I pushed myself academically to produce honors-quality work without sacrificing self-care.”

A spark is lit at Berkeley

DeVault was born in Texas, but raised mostly in Wisconsin. Her father was a professor of elementary math education and her mother was an artist.

Her first job, in the early 1970s, was working behind the counter at a chain called the Sidewalk Café in the first mall in Madison, Wisconsin. “I was paid a tipped minimum wage of $1.10 an hour, and as I always said to people, when was the last time you tipped the person who handed you your food? In my six months there, I think I received one 25-cent tip, and it was from somebody who was too impatient to wait for their change.”

She found her passion in her first labor history class as an undergraduate at University of California, Berkeley. “I’m trained as an historian, but I’ve always been sort of a sociological historian,” she said. “I’m interested in how groups of people interact with each other and labor history gives me many different kinds of groups – employees, employers, unions, men and women – to research.”

DeVault said she’s drawn to labor history because it’s always evolving. “Women’s labor force participation continues to increase, so more and more women are in the workplace, even when they have children,” she said. “Those are major changes that have come about just since the 1970s. Almost everybody is in a workplace that isn’t all one sex and that matters, and how men and women interact in the workplace fundamentally matters to me.”