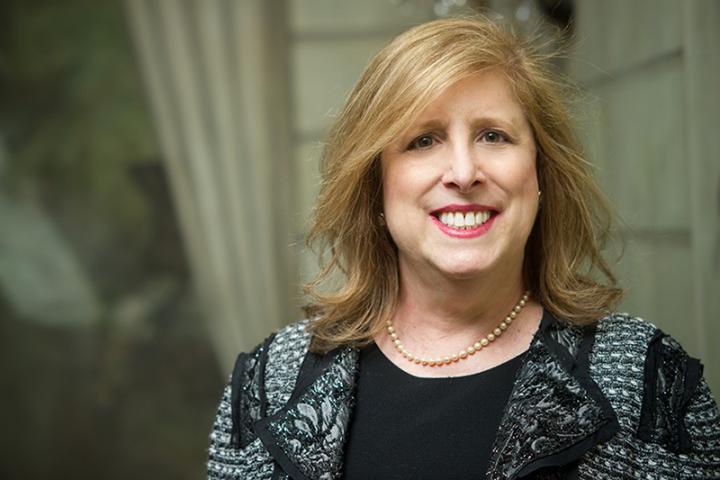 A theme that resonated for many at this year’s ILR Women’s Caucus summit is “this has been an uphill battle.”

“Toward a More Equal Workplace” in April at ILR created a symposium-style arena for its members and alumnae panelists from diverse career fields to discuss workplace issues and career advancement.

“We wanted to form a group not only to work forward accomplishing those goals, but where women ILR students, alumnae, faculty and staff could network and provide assistance and advice while they supported and participated in educational and professional opportunities and programs.”

Programs included seminars with ILR professors, opportunities for ILR women students to build relationships with ILR alumnae as mentors, seminars and panel presentations on campus, and activities designed to engage the Cornell community.

40 years later, Barsky’s work on behalf of ILR women continues. In 2016, she organized the first meeting of the Cornell ILR Women’s Network, aimed at alumnae, which took place May 16 at ILR’s New York City Conference Center.

It featured a presentation by Esta R. Bigler ’70, director of ILR’s Labor and Employment Law Program and president, board of directors, ILR Alumni Association.

The first on-campus conference of the ILR Women’s Caucus was held in 1980 and was entitled "The 1980s: Women on the Move."

It was around this time when pressure to incorporate "women's issues" into the mainstream ILR course curriculum and increase the number of female tenured and tenure track ILR professors reached a boiling point, Barsky said.

The only two women faculty members at ILR were denied tenure in spring 1979, according to Barsky. Subsequently, courses on women and work were cancelled.

“ILR Women's Caucus started with a memo to Dean Doherty during the course registration period in spring 1980,” Barsky said.

“On behalf of the female students of the ILR School at the time, comprising 40 percent of the undergraduate and graduate population, we wanted to know how we could work with the school to reinstitute these courses as their absence presented a large gap in ILR’s curriculum.”

The caucus met with newly appointed Dean Charles Rehmus in spring 1980 and followed up with a memo documenting the discussion. Barsky has kept a copy of that memo.

"Our success of the academic year 1979-80 has demonstrated our capabilities as an organization and the strong support of the ILR women,” the memo to Rehmus said. “We have extensive plans for next year to improve the position of women in the ILR School including the following: the reestablishment of previous courses and the introduction of new courses on women, inclusion of women’s issues in the existing ILR courses and the recruitment, selection and hiring of female academics.”

Barsky’s May 1980 editorial in the ILR Voice, the ILR student newspaper of which she was the top editor, read:

“This situation is only exacerbated in the ILR School because a majority of the regular courses do not cover the role of women or ‘women’s issues.’”

"The number of women in the school, the ILR field and the workforce and the increasing complexity of issues related to this numerical growth imposes a responsibility on educational institutions. This responsibility means the coverage of this phenomenon in all courses and separate classes on the subject.”

The op-ed includes a call to action encouraging fellow students to take responsibility for ensuring the existence of women-focused courses and field of study at the school.

“The students must shoulder the responsibility of obtaining a complete education in industrial and labor relations,” Barsky wrote.  “Therefore the student body must take an active role in the development of the curriculum to reinstitute the courses on women and work.”

“It is a major embarrassment that the country's foremost college of industrial and labor relations completely ignores half the population and major issues of our time," she concluded.

Barsky explained that after reviewing a proposal from and meeting with the ILR Women’s Caucus, the Department of Collective Bargaining, Labor Law and Labor History invited Professor Barbara Wertheimer, director of the Women’s Institute at ILR Extension to teach a course on women and work for the fall 1980 semester.

In the spring 1981 semester, Professor Frank Miller taught a course on women and work.

At the April summit, Barsky was honored for founding and continuing to work with the ILR Women’s Caucus. She reminded summit attendees of the group’s accomplishments and future possibilities.