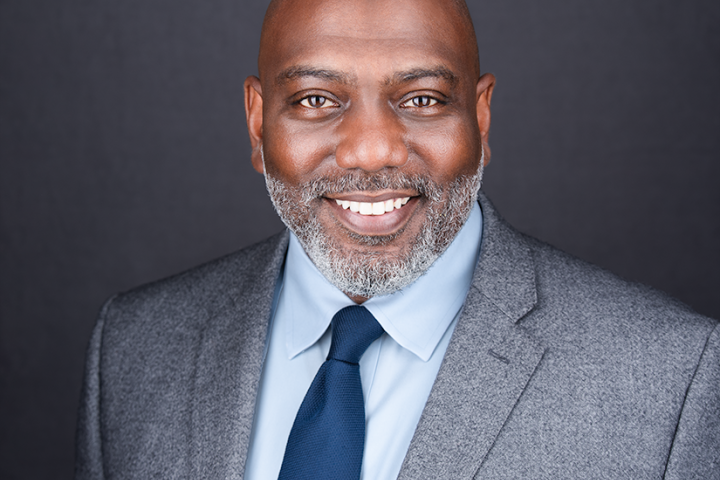 "New Voices and New Venues: Organizing Against the Assault on Democratic Principles” begins at 4:30 p.m. in Ives Hall 105. The public is invited to attend in person or by Zoom. Register here for the Zoom.

“In recent months, we’ve seen the erosion of ‘small D’ democratic values and are on the precipice of what some may consider democratic backsliding. Whatever your political affiliation, we can agree that the fault lines are being drawn at some of the most grassroots settings in our country, making for extraordinary political theater,” said Smikle, who is also a distinguished lecturer at Hunter.

“For example, Americans who are anti-vaxxing and anti-mask are finding their voice at school board meetings and are largely a proxy for personal freedoms. Anti-critical race theory dialogue has also found its way into pitched school-board battles representing anger over the influence of race in the classroom,” he said.

“My talk looks at why schools have erupted as ground zero for nationalized ideology battles. And I’ll discuss other areas where democratic participation is being threatened and look at new venues and new voices that may be employed to slow the momentum of any challenges to civic engagement.”

He also shares insights on electoral politics, governance and public policy on national media outlets such as MSNBC, CNN and Bloomberg TV, and has spoken on criminal justice reform, improved ballot access and against voter suppression.

“I owe a great deal of my success at ILR and throughout my career to the guidance of remarkable people,” Smikle said. “Professor Lieberwitz inspired my interest in the intersection of the law and public service, but more broadly, helped me understand the role that courts play in shaping public policy; how activists may use the courts to pursue equity when other institutions, including legislators, fail.”

“Assistant Dean Jim McPherson, Laura Lewis and Barry Taylor were tremendous in helping me understand how to navigate a place like Cornell and take advantage of the opportunities and resources provided. They helped give me the agency I needed to succeed beyond campus and long after graduation,” Smikle said. Lewis and Taylor were associate directors of the Office of Student Services while Smikle was a student.

Smikle, a former executive director of the New York State Democratic Party, received a doctorate in politics and education and a master’s of public administration from Columbia University. From 2017 to 2019, he served as the distinguished lecturer of politics and public policy at the City University of New York’s School of Labor and Urban Studies.

A senior aide to Hillary Rodham Clinton when she served in the U.S. Senate, Smikle was raised in the Bronx by Jamaican immigrants. His father is a retired textile worker and his mother is a public school special education teacher.

The annual Konvitz Lecture is named in honor of the late Professor Milton Konvitz, an ILR School founder.

In a popular course called "American Ideals," Konvitz taught students from across the university about the U.S. Constitution. A leading authority on constitutional and labor law, and civil and human rights, Konvitz was a professor at ILR and Cornell Law School from 1946 until retiring in 1973.

The couple, from San Diego, Calif., continues to sponsor the event.