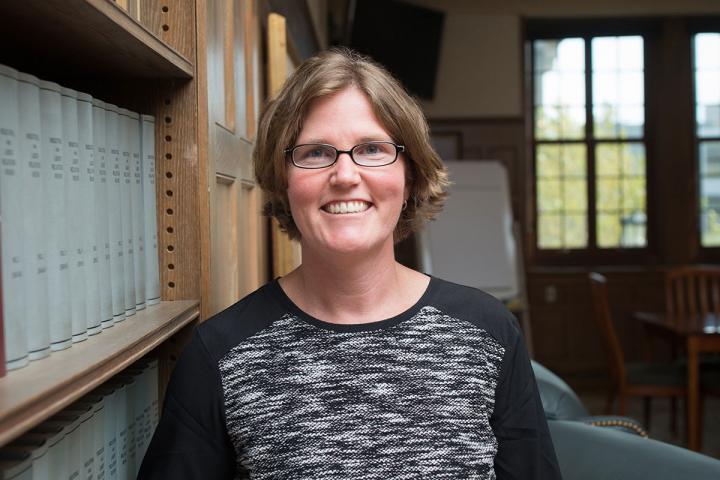 Kate Griffith joined the faculty of the ILR School’s Department of Labor Relations, Law, & History after completing her J.D. at New York University Law School, a clerkship on the U.S. Court of Appeals for the Second Circuit and a Skadden public interest law fellowship.

Her primary areas of interest are labor and employment law, immigration policy and the processes of workplace rights enforcement. Griffith has two major research projects, the first of which considers how status under immigration law impacts the nature of low-wage work in the United States. The second project considers the adaptability of New Deal-era labor and employment laws to the 21st century workplace.

What is your research about?
My research considers how power operates in the workplace. I am interested in the extent to which legislation and administrative rules, and the government enforcement mechanisms that surround them, remediate or exacerbate power imbalances between employers and low-wage workers. For instance, some of my research has highlighted the ways that undocumented status under immigration law inhibits workers from coming forward to blow the whistle on their employers, even in the face of serious workplace law violations.

In an ongoing project with Shannon Gleeson, we are comparing the workplace experiences of over 300 low-wage workers who have a variety of statuses under immigration law (undocumented, temporary, permanent). We aim to identify how law affects worker realities on the ground, and how immigration status intersects with race and gender in the workplace.

Given the events of the past year, where will your research have the most impact?
The pandemic has exposed the vulnerability of low-wage at-will employment. It has illustrated that restrictive immigration policies, and the demonization of the “illegal alien,” which further discourages low-wage immigrant workers from coming forward to expose violations of their rights.

As ILR celebrates its 75th anniversary and looks to the next 75 years, how do you foresee your research contributing to the future of work, labor and employment?
As we consider the future of work, I hope we can always consider how any new approach to regulating the workplace would affect low-wage workers. Moreover, we should always consider how racial injustice, gender inequality and punitive immigration policies intersect to shape the low-wage workplace.  The New Deal’s exclusions of agricultural workers and domestic workers was not consistent with its broader agenda to address inequality of bargaining power between businesses and workers.

As we move into the next 75 years, we should remove unjust exclusions, but continue to endeavor to address the injustices that can flow from vast power differentials between businesses and low-wage workers.