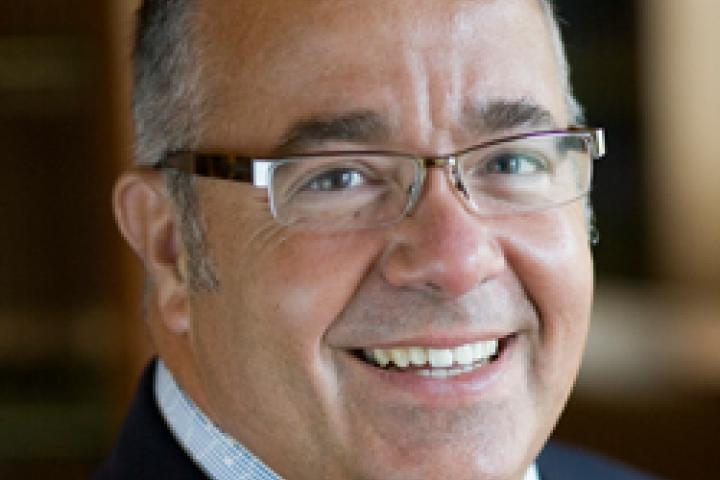 His influence on disability policy and practice was profound and his energy was unlimited. In a statement to the ILR community, Yang-Tan Director Susanne Bruyère, Dean Alex Colvin and Associate Dean Ariel Avgar said: “He approached his work with an ardent passion and tireless commitment and leaves the world a better place for his efforts.”

Carol Blessing of the Yang-Tan Institute, known as YTI, said, “He took on his work in shaping disability policy at the state and federal levels like he took on his role with YTI:  with a fierce stance in disability rights and social equity. Thomas knew how to make “good trouble” and the lives of thousands of people have benefitted mightily by his strength, wisdom and courage.”

Survived by his wife, Janel Haas Golden, and their three children, Sophie, Kaleb and Josiah, Golden was unafraid of connecting with people on a personal level.

“Thomas believed in and lived by the knowledge that the only really important and lasting thing in this life is the love and laughter that is found in authentic relationships,” Blessing said.

Ray Cebula, a program director for the institute, recounted Golden’s ability to rally the Yang-Tan team. “’YTI will thrive’ was the sound of his drum. And, under his leadership, we did. Thomas made us all feel that it was possible.  All we needed was a plan and it would work. And, with his guidance and encouragement, it did.”

In the world of disability scholarship and policy, Golden is known for generously sharing his knowledge with others, including journalists for National Public Radio, Bloomberg and other outlets that sought his expertise in helping explain complex disability issues to wide audiences.

Andrew Karhan, director of the Yang-Tan Institute’s Workforce Development program, said, “Throughout his career, Thomas trained and mentored thousands of practitioners in New York state and beyond regarding best practices in supporting individuals with disabilities in achieving employment and economic self-sufficiency, but most importantly – equity and inclusion in society.”

“Thomas authored countless articles, reports, and papers that will continue to be a driving force in the field. Thomas was a true transformational leader,” Karhan said.

Hassan Enayati, a Yang-Tan research associate, said, “New York State PROMISE is an example of Thomas’s work in designing and implementing frontier research designs, in this case ones aimed at supporting youth with disabilities as they transition from high school to adulthood, that were later adopted into national policy.”

Golden, 57 began his career as a vocational rehabilitation counselor in upstate New York. He joined the institute 29 years ago today and worked with a wide variety of state agencies such as the Adult Career and Continuing Education Services – Vocational Rehabilitation, the State Education Department, the Office of Mental Health, the Office for People with Developmental Disabilities and the Department of Labor.

He served on the National Council on Disability’s national advisory group on enforcement of federal disability civil rights laws, as well as the U.S. Department of Labor’s Supplemental Security Income Youth Recipient and Employment Transition Community of Practice. He had served on the national Ticket to Work and Work Incentives Advisory Panel, spearheading efforts to reform payment structures and was a member of the National Academy of Social Insurance.

Michael Seereiter, president and CEO of the New York Alliance for Inclusion and Innovation, said, “We have lost a giant in the collective effort to advance economic justice for people with disabilities.  Thomas’s passion and wisdom made him a powerful national figure on these issues. Yet, he was also incredibly gentle, kind, and generous.  In his memory, with his spirit very much with us, we will continue to pursue economic equality for people with disabilities – just as Thomas taught us how to do through the example he set.”

Golden was active at Cornell. He taught in the Cornell Disability Studies course series, served on the University Faculty Senate, was faculty adviser to the Cornell Mock Trial Association and was recently appointed as a Title IX Cornell hearing panel member.

“Golden made himself available to colleagues across the university,” said Linda Barrington, associate dean of external relations for the SC Johnson College of Business. “He was always there when you needed a supportive push forward, or just to be buoyed up with encouragement or a hug – a truly exceptional colleague and human being.”