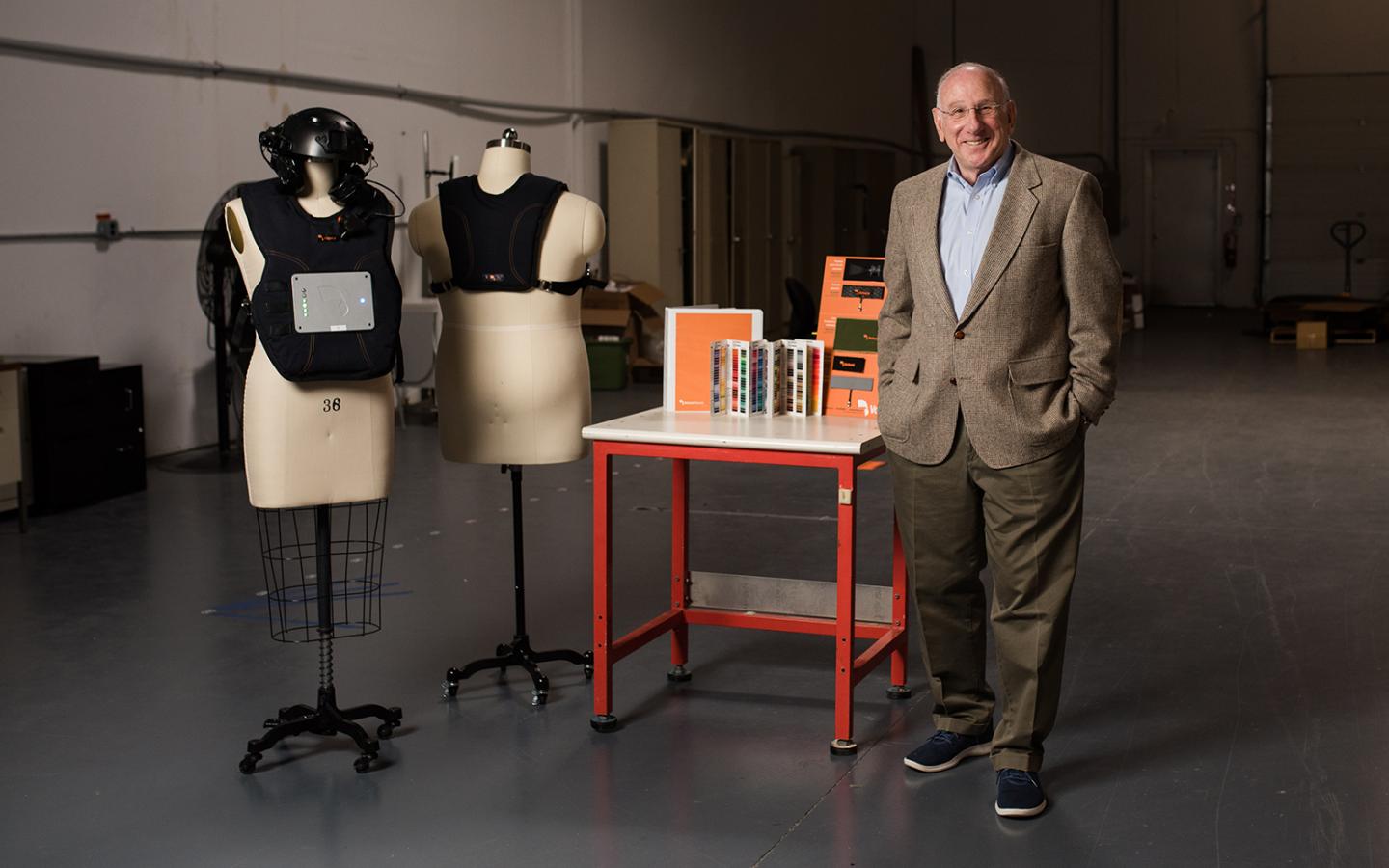 Bill Kilberg ’66 has a new career as board chairman for a corporation that makes wearable technology with the potential to save lives.

Investing in the Future

Bill Kilberg ’66 is part of a company which, in response to COVID-19, has developed a temperature monitoring system.

Bill Kilberg ’66 has found a new passion in retirement.

After serving several presidents and leading the Washington, D.C., office of an international law firm, he’s excited to be chairman of the board of a company that produces life-saving wearable technology for emergency responders and the military.

“It’s been a new beginning for me and such a joy,” Kilberg said. “I had many clients and cases I believed in, and I had my experience in government, but this work takes me a step beyond that because we are doing something that has enormous significance and will save many lives.”

Vorbeck Materials Corp., in Jessup, Maryland, is pioneering the use of graphene in flexible, wearable electronic components that provide a secure network. The products make it possible to stream voice, video and data from tunnels, skyscrapers and other difficult environments that can stymie internet connections.

Kilberg has been involved with the company since 2006. As board chairman for the past four years, he spends about 20 hours a week on strategic planning and other work.

The success of the company is personal for Kilberg – he has two sons-in-law who are firefighters, in New Brunswick, Canada, and in Fairfax County, Virginia. The one in Virginia is a senior officer with the county’s international search and rescue team and has been on a number of international missions. “I have a personal stake in their well-being, and an appreciation of what firefighters, and especially hazmat and search and rescue operations, require for their safety,” Kilberg said.

A Harvard Law School graduate, Kilberg retired as a senior partner of Gibson, Dunn & Crutcher. He was a White House Fellow and special assistant to Labor Secretary George P. Shultz in 1969-70.

From 1973 until 1977, under Presidents Richard Nixon and Gerald Ford, he served as the U.S. Department of Labor’s chief legal officer. In charge of the department’s 500 lawyers, he provided legal advice and litigation for the labor secretary and the department. At the time of his confirmation by the U.S. Senate, Kilberg was 26, and the youngest person ever appointed to a sub-Cabinet post in the U.S. government. President Ronald Reagan later appointed him to the Commission on White House Fellowships.

Kilberg says the ILR School prepared him well for his career.

“It is a school that encourages independence of thought, active discussion and civil debate. The rigorous training in the social sciences – forcing us to define a hypothesis and test it – was not only great preparation for law school, it was excellent preparation for life. I have enormous affection for the school.”

Kilberg and his wife, Bobbie Kilberg, president and CEO of the Northern Virginia Technology Council, are the parents of five children and have 12 grandchildren. They live in McLean, Virginia.