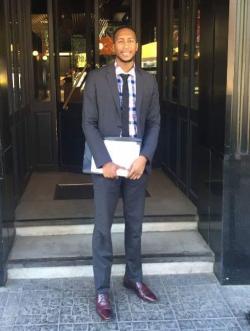 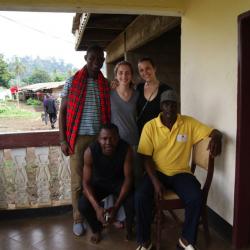 To me, this experience meant more than work. I developed a sense of self-awareness in a new cultural context and found meaning in being an active citizen. 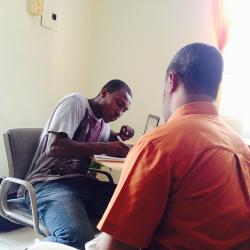 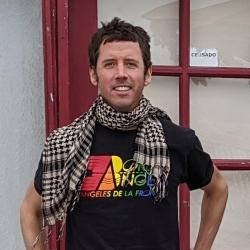 Thanks to the ILR International Travel Grant Program, I travelled to the San Quintín Valley in Baja California, Mexico this winter to learn from the workers, employers, state and community actors about employment relations in agribusiness. 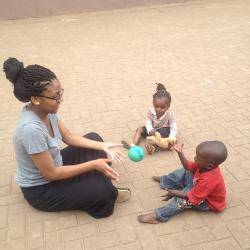 I had an amazing experience in Ghana that I know I will carry with me for the rest of my life.

For the winter intersession of 2016-2017, I received an ILR Travel Grant that facilitated my participation in an HR internship located in Córdoba, Argentina.  Through some professional contacts I established during a 2-month stay in Argentina in the summer of 2013, I was able to secure a 4-week internship with a high-end restaurant chain located throughout the city of Córdoba.  The focus of my internship was to create and administer an employee engagement and satisfaction survey to 3 of their biggest restaurants.  The majority of my time was spent in the management office located in the center of the city; however, I made several trips to 3 of the 8 branch restaurants located in the metropolitan area.  The experience proved to be very challenging in numerous aspects and certainly increased my understanding of the cultural differences that distinguish the professional norms of Argentina from the United States.

My primary project in the management office was to create an employee engagement and satisfaction survey to assess the employee morale of their labor force.  The employees targeted were not white-collar workers located in the management office; we only distributed the survey to workers in the actual restaurants, what management referred to as their labor force or blue-collar workers.  The survey was anonymous; however, it started by asking the employee to identify their gender, job title, and time spent with the company.  This alone may be a subtle red flag to human resource professionals in the United States; it is common knowledge amongst HR professionals that asking employees to identify their gender, sexual orientation, race, and or other information can be a relatively sensitive topic.  Although we didn’t ask employees questions about sexual orientation or race, my project manager saw these questions as nothing to be overly concerned about.  Indeed, asking someone how much they earn and other similar questions is not seen to be intrusive.  Being a student in the ILR School has quickly shown me that soliciting intrusive information and or making decisions based on said information is a very risky decision due to employee protection laws and potential lawsuits.  In Córdoba, Argentina, such risks are not nearly as prevalent.  Indeed, workers often have little trust in management because, as workers, they are many times less empowered by laws and a court system.  As I will mention in the next paragraph, they seem to prefer to not voice their opinion and to simply work and collect their check.

Due to the relative flexibility I had in creating questions that were direct and without much limitation, I found creating the survey to be relatively easy.  What was many times more difficult, however, was motivating the employees to complete them and complete them genuinely and honestly.  In my conversations with my manager and peers in the office, they advised me that there may be a significantly low response rate due to the unfamiliarity blue-collar workers have with surveys in Córdoba.  Citizens of Argentina have had a very difficult time with trust in their government and receiving fair working conditions and wages.  Workers feel and have been shown to be relatively disposable; there is a smaller demand than supply, and workers are simply happy to be collecting a paycheck.  Therefore, I was advised that I should expect many workers to choose not to complete the survey considering it was not mandatory or forced.  This advice was relatively accurate, especially early in the process.  The way in which I administered the surveys was through a face-to-face meeting with the restaurant manager explaining the purpose and format of the survey.  In addition to our meeting, my manager sent e-mails to the workforce informing them of the survey.  Throughout my 4 weeks in Argentina, we made 3 revisions to the survey.  The first draft was entirely fill in the blank and asked open-ended questions.  After a very poor response rate, we changed the survey by removing 4 questions to make it shorter and easier to complete.  While results were better, we still hoped to get a higher response rate.  The last revision for the third restaurant only contained multiple choice questions, making the survey relatively painless because employees were only asked to fill in 6 bubbles and turn it in.  Fortunately, we nearly tripled the response rate and were very pleased with the final restaurant assessment.  Although it was challenging and at times frustrating to receive such poor results in terms of response rates, it was a fun challenge that exposed me to the many cultural differences between Argentina and The United States and how it affected professional norms and attitudes.

Aside from the internship, I had a fabulous time living with a host family of 5 members.  The family was extremely accommodating, inclusive in all celebrations of Christmas and New Years and introduced me to many new friends and experiences that I will always cherish.  The combination of a challenging but supportive internship and an accommodating, inclusive family made for a terrific experience.  I am very appreciative of the financial assistance the ILR International Travel Grant provided me; had I not received the grant, I would not have been able to complete the internship due to costs of travel and other expenses.  I highly recommend the intersession experience to anyone looking to increase their cultural understanding while participating in an internship or volunteering opportunity. 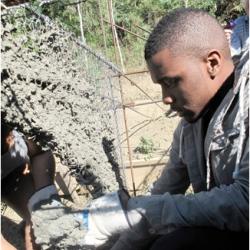 When I reflect on the experience that was made possible for me by the International Travel Grant, I now understand how it was more than just an opportunity; it was a life transforming cultural immersion that has motivated me to travel, explore, and volunteer both internationally and locally on a regular basis. 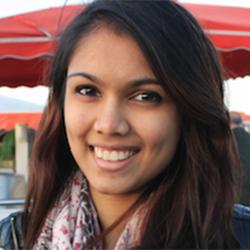 My experience was enriching on so many levels. I learned about the positive effects that can result from bridging the gap between business and social development. 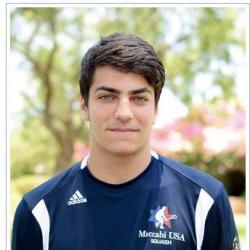 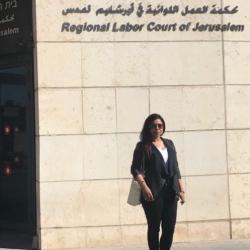 In summer of 2017, I had the incredible opportunity to spend 5 weeks in Israel on a research internship with the Equal Employment Opportunities Commission (EEOC).