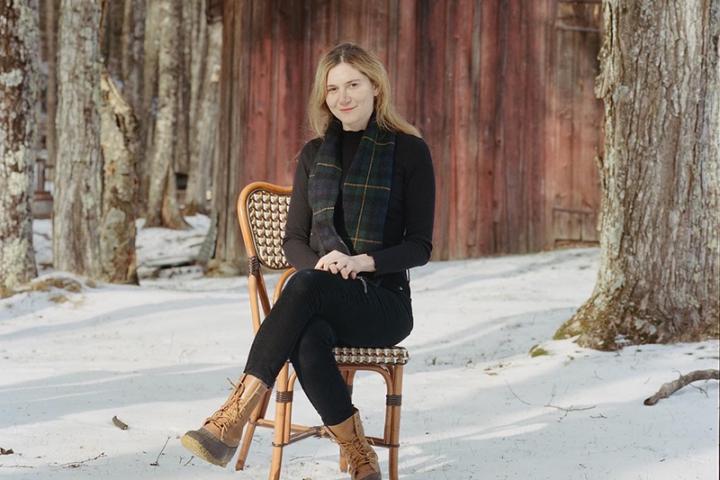 The career of Nicole Goodkind ’11 is emblematic of how the ILR curriculum supports many different paths. Nicole is a politics and business reporter at “Fortune,” a magazine focused on finance and business. Journalism might seem like a somewhat non-traditional career path for an ILRie, but Nicole’s story makes it clear that journalism and ILR are a match.

Through ILR’s New York City office, Nicole took part in a fellowship the summer after her sophomore year that allowed her to discover her passion for journalism. Her role was to study, through field reporting and personal stories, the impact of the Great Recession on the arts and entertainment community.

The ILR fellowship program brought in Steven Greenhouse, a journalist who had covered labor for 31 years for “The New York Times,” to talk with Nicole and her peers about labor reporting. Greenhouse discussed reporting his book, The Big Squeeze: Tough Times for American Workers, which explores worker exploitation. “Without meeting Mr. Greenhouse, I wouldn't have realized that labor reporting was a viable career path for me. It was the ILR School and fellowship that introduced me to the world of journalism,” Nicole said.

Throughout her ILR courses, Nicole practiced the skills of research and refining, something she finds invaluable in her career. Her most memorable class was on labor relations with Senior Lecturer Kate Brofenbrenner, who Nicole says made her realize that history and storytelling are often synonymous.

Brofenbrenner opened Nicole’s eyes to how framing historical narratives changes the impact and meaning of history itself. It also gave her the necessary context for the field of labor reporting and helped her develop and practice new skills that would ultimately aid her in her reporting. “The classes I took at ILR required that I find and present data to back my arguments. They taught me the importance of getting out there and talking to real people who had been impacted by policy. That's what journalism is.”

While Nicole’s work spans diverse topics within business and politics, she said her most rewarding reporting experience was a piece on coal and metal miners and the Mine Safety and Health Administration during a record-breaking spike in coal miner deaths. Using her training in the labor field, Nicole set off to find out why. Her reporting for her “Newsweek” magazine story took months of talking to bereaved families, government officials and labor leaders. It even elicited lawsuit threats from some of the largest coal mining organizations. She completed a groundbreaking piece on the lack of monitoring and standards for coal miners, one Nicole said she wouldn’t have attempted if it wasn’t for her ILR education.

Nicole’s current interest concerns the disconnect between the public perception of unionization and what is actually happening on the ground. Nicole said that while the public largely supports unionization and the current government administration is union-friendly, union numbers are still falling to record lows. Press around large scale union campaigns may lead people to believe unions are succeeding even when those campaigns ultimately fail, said Nicole, who wants to look into how that perception hurts employees. “That’s the kind of topic that someone from ILR can explore. We have this unique curriculum that allows us to be able to understand these relevant labor issues in a complex manner.”