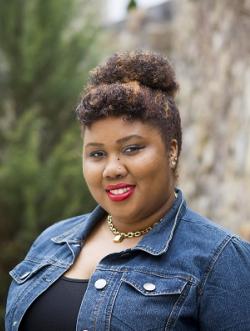 ILR Experience: OADI (Office of Academic Diversity Initiatives) Research Scholar Director of Finance, Festival of Black Gospel Pre-Law Journal University Hearing and Review Boards
Olivia pursued minors in Inequality Studies and Law & Society. “Everything I have been through has shaped in some way what I do on campus and how I think about issues that are brought up in class,” she says.

She is currently working as an Operations Associate for Amazon.

As one of the first OADI Scholars, I researched child custody disputes involving domestic violence. I had personal experience with that after my mother passed away…. Through my research, I was able to see how child advocacy in New Jersey is a low priority. Children's lives are at stake every day, and it goes unnoticed by state government, local government and even the local police force.

We were teamed up with mentors, and we also had to take an undergraduate research class. It was a basic program, but I was able to go a bit further than the others because I had the real-life experience of what I eventually became interested in. It was eye opening for me to realize that I have the power to look at issues in a systematic and qualitative way and, hopefully, in the future, make change.

I was recruited to write for the journal sophomore year. They sent out a list of topics and one of them was mediation and civil disputes. So I asked if I could focus on mediation and child custody disputes involving violence. It made me home in on the things I'd learned and apply them to that situation.

I chose that topic because I saw there was a wave of new thinking in child custody disputes that supported the use of mediation. I don't think there should be any type of discussion with an abusive parent - I couldn't believe that was suggested by the state of New Jersey as a new route for people. While mediation saves legal fees, it's not all encompassing in bringing justice to families and children.

I have always loved fashion, and I have been thinking of ways to create a fashion line that honors all the parts of who I have become but also serves the greater world. It's going to be a for-profit entity that helps others. I don't know how to do that yet, but I have some ideas.

My ultimate goal is to bring attention to social issues through clothing and the fashion industry.

I strongly believe that there hasn't been a top-down approach to respecting workers' rights - "top down" meaning employers, on the broad scale, respecting workers' rights in a way that isn't always about maximizing profits. I want to help people on the ground. My whole focus is to change the way people think about social issues and the way people think about people in general.