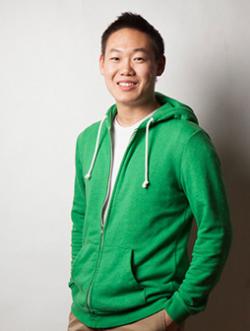 I signed up for the Global Scholars Program after interning with the ILO in Manila last semester. The program has a hefty course requirement, encompassing foreign language study, international experience, and classes in international and comparative law.

ILR offers great international comparative classes and study opportunities. Studying at Renmin University of China over the summer and seeing labor rights in the Philippines, has given me the depth of experience that I was looking for in an undergraduate program.

I spent a month at the labor relations school at Renmin University of China and took a language course and a course on China's population development. In the development course, the professor provided an in-depth analysis of what was going on in China in terms of birth rates, death rates, where the population is going. It was interesting to gain the macro perspective and see how that relates to labor.

Through the ILR Credit Internship Program, I did an internship with the ILO in the Philippines. In the beginning, I worked on migration projects. One involved the migration of health care professionals from the Philippines, India and Vietnam to Europe. Another involved domestic workers and getting the Philippines to ratify the

When Typhoon Haiyan hit, I joined the Livelihood and Rehabilitation Team. That was a very, very intense month. I worked directly with the one person in the office who knew how to work strata, and she crunched numbers and tried to figure out how many people were displaced, how many livelihoods were affected, and then I took that information and developed maps and graphics. I left before the effects could be seen, but I would say that we got some good programs up and running.

The ILO experience gave me a great overview of what to expect of an organization that specializes in labor. That combined with my China experience propelled me to pursue a global perspective.

The summer after my junior year, I interned for the White House Initiative on Asian Americans and Pacific Islanders in Washington, DC. The Initiative was a special task force-like group operating under the jurisdiction of the White House working to improve the quality of life and opportunities for historically underserved Asian American and Pacific Islander communities. I specifically worked for the Capacity-Building team by implementing virtual workshops for federal grant applicants, maintaining and updating the WHIAAPI website, and editing grant proposals.

I was heavily involved in the Asian American community at Cornell. This past year, I was the Facilitator (President) of the Cornell Asian Pacific Islander Student Union (CAPSU). It was an incredible experience leading an umbrella organization on campus to new heights. We held the largest and most successful Asia Night to date with over 1400 participants. We also brought in famous Asian American hip hop artists Dumbfoundead and Awkwafina for our end-of-the-year gala. My proudest accomplishment is the formation of the First-Year Initiative mentorship program. Initially started by me my sophomore year, it was transformed by my two Co-Directors of Mentorship Initiatives this year. The program took in 20 first-year students and developed an intensive year-long curriculum focused on identity, leadership, and personal development. It was created in hopes of building a network of future leaders.