ILR Opens Doors to Many Paths 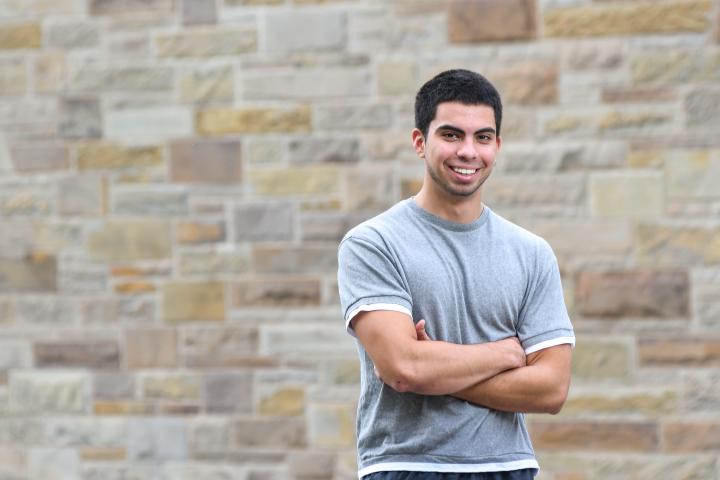 When asked to describe the ILR School in one word, Kevin Diaz ’24 responded with “exploration.”

As a senior in high school, he knew he was interested in the social sciences, but didn’t know what he wanted to specifically study. After researching schools, Kevin said he knew ILR was the perfect fit because of its emphasis on interdisciplinary studies and its encouragement of exploration.

Cornell’s vast resources, coupled with ILR’s focused curriculum, allowed him to pursue new and old passions, Diaz said. “If you want to explore your various interests, without being judged and having complete freedom, ILR is for you.”

The curriculum introduced him to courses on disciplines such as organizational behavior, which allowed him to connect the more abstract ideas in business to real life examples. The ILR course load also introduced him to one of his current passions: intellectual property law, which deals with things like copyright and patents.

After taking a writing seminar focused on intellectual property law, Kevin realized how some communities are disproportionately disadvantaged. He appreciated that instead of shying away from these difficult conversations, his professor brought these issues to light. While ILR’s courses have helped shape his interests, experiences outside the classroom have also helped him grow, he said.

This past summer, Kevin had the opportunity to work with the Communications Workers of America through the High Road Fellowships program based at ILR’s Buffalo Co-Lab. Kevin was able to have real life exposure to hospital worker strikes and collective bargaining agreements, which he had learned about through his courses at ILR.

The most rewarding part of his experience, he said, was assisting union members in informing managers at companies about their employees. He did this through sending surveys and collecting biographical data. According to his findings, the average worker is in his or her 50s, a person of color and has a high school education.

He was also able to present to management information about what workers want and the level of their job satisfaction. This hands-on experience, Kevin said, allowed him to put into practice what he had learned and realize there needs to be an institution that grants workers basic human rights.

Whether it is hanging out with his Cornell sprint football team or being in Cornell’s International Business Consulting club, Cornell and ILR  have provided exactly what Kevin was looking for in a college: freedom to explore.