Video: Palmer v Amazon A Case Study In A Pandemic 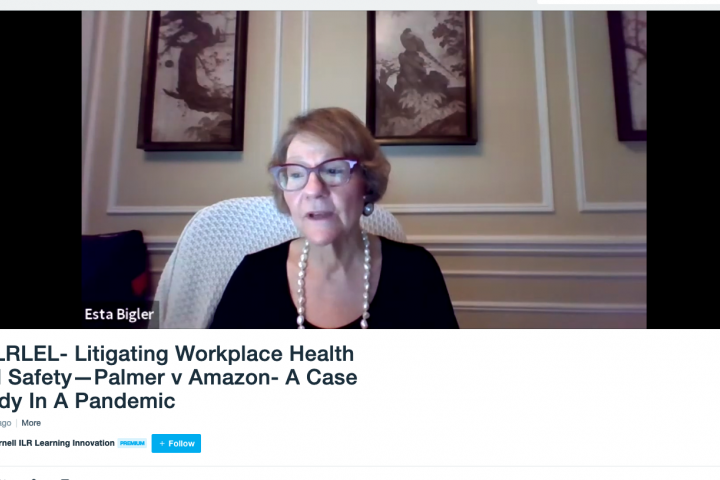 Watch the recorded webinar below.

Esta Bigler, director of ILR's Labor and Employment Law program, hosted a detailed panel discussion that explores the lawsuit Palmer v. Amazon, which covers the vital topics of health and safety at work in the time of COVID-19.

The lawsuit, Palmer v. Amazon, discussed in this webinar, alleges that Amazon failed to follow COVID-19 public health guidelines, injuring its employees and their families. In November, after this program, the case was dismissed by a federal judge, who ruled that OSHA, as a federal agency, was responsible for enforcing the federal health and safety law, not the court. Subsequently, New York Attorney General Letitia James sued Amazon in New York Supreme Court, arguing that the company provided inadequate safety protection for workers in New York City during the pandemic and retaliated against employees who raised concerns over the conditions. Amazon filed its own suit against the New York Attorney General in federal court, just before James filed her suit, in an attempt enjoin her lawsuit. Amazon will continue to be in the news.