Ship Detained After ILR/ILO Workshop on Labor Abuse Among Fishers 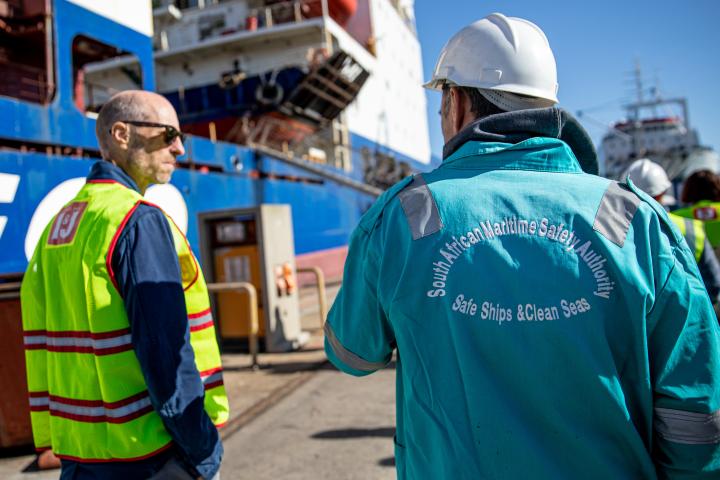 Dangerous working conditions and labor abuses in commercial fishing are common around the world. But enforcement actions to protect fishers are not. So the decision by the South African government on 3 August 2022 to detain a Taiwanese-flagged vessel with a largely Indonesian and Filipino crew aboard is news. The government’s detention order noted likely violations of safety and health standards and problems with fishers’ pay and contracts.

The inspection and detention of the fishing vessel by the South African Maritime Safety Authority (SAMSA) in Durban came within just days of a labor inspection workshop led by the International Labour Organization in collaboration with Cornell ILR School’s New Conversations Project in Cape Town. The South African government detained the foreign-flagged fishing vessel based on a tip from a labor rights organization over concerns regarding worker safety – its first such action in nearly five years.

“It’s no exaggeration to say that shoppers pay more attention to the fish than the fishers,” says Jason Judd, executive director of the New Conversations Project. And although trade policy in the U.S. and the ‘ethical trade’ codes of seafood retailers protect fishers from forced labor, for example, they’re not effectively enforced. So it’s good to see the South African government putting to use what the ILO and Cornell are teaching, and good to see SAMSA acting on reports of labor abuses on fishing vessels.”

The four-day training brought together roughly 50 individuals that work in South African government agencies that are connected to the fishing industry – including labor, maritime safety, and immigration – and unions and worker rights organizations.

The workshop used the ILO’s Work in Fishing ILO Convention, 2007 (No. 188) and SAMSA’s inspection protocols to shore up detection of labor violations under South African law and to ensure that fishers, receive, among other things:

In the workshop, Judd taught how to identify forced labor in fishing and presented two new tools under development with the ILO to help assess fishing crews, working conditions and labor protections. The first is a checklist of quantitative measures used to estimate the likelihood of forced labor risk on boats, such as assessing if the vessel is under-manned, has been at sea for an extended period of time, or is providing suspiciously uniform reporting of hours of rest for its crew. The second tool establishes employer and supervisor interview protocols and tools to pinpoint labor practices and flag possible abuses.

“It’s one thing to read case studies and talk about these concepts and new tools. It’s something else to test them out. So we went onto three fishing vessels -- two foreign-flagged, one South African -- in the Cape Town port for practice inspections,” said Judd. “We also covered two other difficult topics: cooperation between agencies and tightening up enforcement regimes. It’s good to see it coming together like that in Durban.”

SAMSA reported in mid-August that the vessel was released after the owner and fishers resolved a range of issues, including training of the crew, manning of the vessel, treating an injured and hospitalized fisher, reconciling outstanding payments, and more. “But costs for flying home were borne by fishers themselves,” said Judd. “So it was not a total success but, for SAMSA, a step forward and we hope other governments will follow suit.”

The New Conversations Project and ILO published in 2022 an analysis of changes in work in fishing in Southeast Asia in the COVID pandemic and, again with the ILO, proposes to take the new tools and protocols to Peru and Ecuador and Southeast Asia.