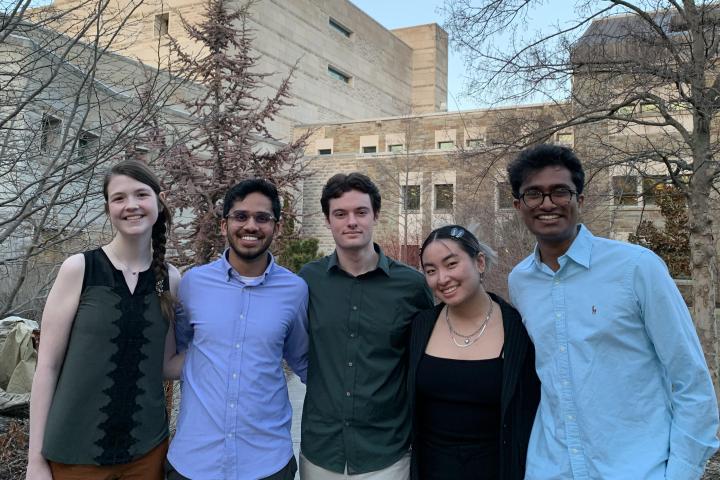 As an ILR major, Zuhair Imaduddin ’23 sees the crucial intersection between technology and labor. “We learn in ILR about the changing nature of work. The gig economy, technologies like automation, and new labor organizations like the Amazon Labor Union – the future of work is unfolding before our eyes",” he said.

This led to the creation of Cornell’s Digital Economy and Labor club, with Imaduddin as founder and president.

Along with Imaduddin, ILRies Kassidy Slaughter ’24, Ethan Abbate ’24 and Kiran Abraham-Aggarwal ’25 are on the executive board; Michelle Wei ’24, a Comparative Literature major in the Arts and Sciences College, is also on the board.

While “DEAL,” as the club is known, is an ILR-registered club, it welcomes anyone of any major to participate, and this has been one of the club’s biggest assets, Imaduddin said. “Everyone comes with different backgrounds, but have overlapping interests. This is exactly the way the future of technology and labor issues are going, in my opinion. It’s essential to have these different perspectives in the club.”

Imaduddin, Slaughter, Abbate, Abraham-Aggarwal and Wei have different interests and educational backgrounds. Wei, for example, was interested in the founding of DEAL as both a literature student and product designer interested in questions of how to implement ethical tech manufacturing practices and to protect sex workers online. Slaughter, on the other hand, is interested in the impacts of renewable energy sources on the coal industries of West Virginia.

Abbate, Imaduddin and Abraham-Aggarwal became interested in the intersection of work and technology through ILR courses such as “Labor Relations,” where they were introduced to the issues and intricacies within the gig economy.

Regardless of specifics, all of them wanted a space to further explore these topics. This is where DEAL comes in. “DEAL is a space for people who are concerned about the same things to meet each other,” Wei said.

One of the recent events that DEAL organized was a talk with Thomas Kochan, the George Maverick Bunker Professor of Management at the MIT Sloan School of Management. Kochan talked about his research, which spans two main topics: labor relations’ impact on organized work and the use of artificial intelligence in work. People from across Cornell sat in on the talk and engaged with Kochan. “There are experts in this space and we want to connect them to our club members,” Abbate said about the club’s efforts.

More information about DEAL is available at this link.

Amelia Rajakumar ’24 is a student writer for ILR Communications.