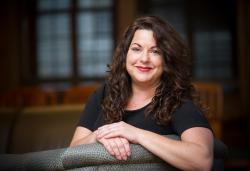 Jennifer Sellen Dean is Assistant Dean for Alumni Affairs & Development in the ILR School at Cornell University. She is responsible for all broad-based alumni engagement efforts with ILR’s roughly 11,000 mailable, living alumni. Jennifer is also responsible for all fundraising efforts across the school which net between $12-15 million annually in new gifts and commitments, in addition to nearly $2 million in annual fund and/or unrestricted program and outreach support.

Jennifer began her career in alumnae affairs at her alma mater, Wells College. To broaden her development experience, she joined Cornell University’s College of Human Ecology in 1994 working on annual giving, stewardship and broad-based alumni engagement. Thereafter, Jennifer has held various other positions at Cornell including the Johnson Graduate School of Management. In 2007 Jennifer began her front-line major gift fundraising career at Cornell working most closely with ILR and Human Ecology alumni. She permanently joined the joined the ILR team in 2014 in her current role.

Jennifer has participated in many leadership and conflict resolution training at Cornell and ILR. She is currently enrolled in ILR’s Master of Professional Studies program based in New York City.