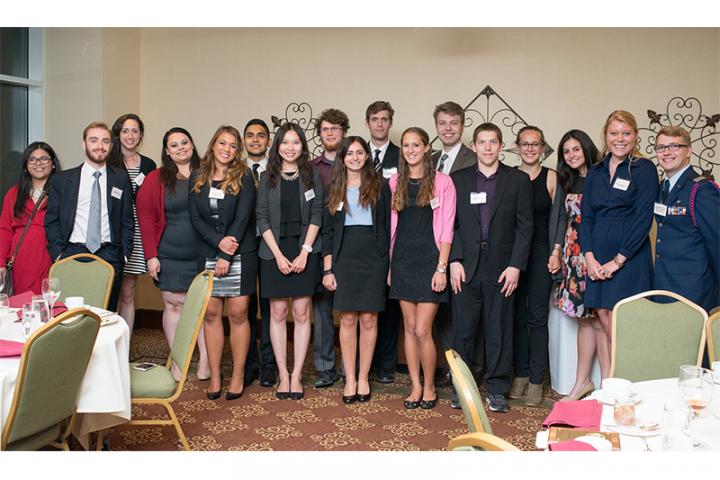 Faculty, staff and students gathered for the 23rd annual McPherson Honors and Awards banquet at The Statler Hotel on April 21.

Students received awards based on scholarship, leadership and service to the community.

Seniors who are candidates for the “graduation with honors” designation, which requires completion of a thesis, were also acknowledged.

Faculty awards were based on nominations by students and supporting letters.

Seniors who are candidates for graduation with honors, and titles of their theses, are:

Marc Getzoff
“Economic and Political Impacts of U.S. influence on El Salvador from the 1930's to the present”

Andy Kim
“Under Title VII: Workplace Protections on the Basis of Gender Identity and Sexual Orientation”