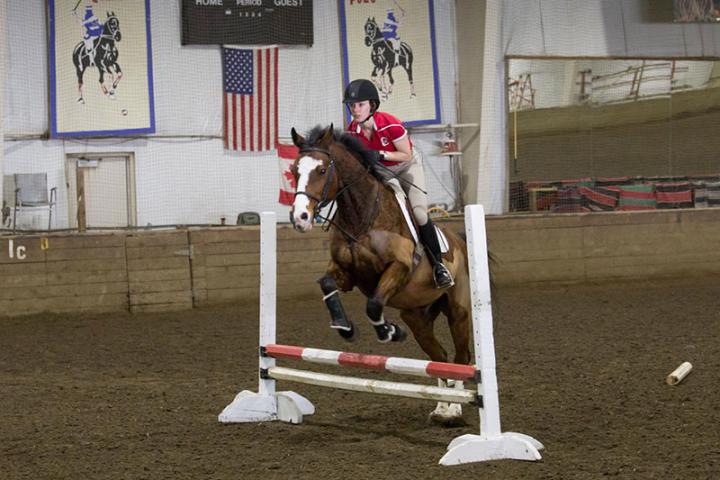 Today, she is a member of the Cornell Equestrian Team, winning reserve champion -- second place -- in the novice flat division of the 2014 Ivy League Championships.

“Being a member of the Cornell Equestrian Team is a privilege that I had only dreamed about before trying out when I transferred to Cornell my sophomore year,” said Donahue, who moved up to the intermediate flat division this season.

“The team provides support, structure and success and has been the highlight of my Cornell experience.”

The equestrian team season stretches from September to May. Riders practice several times a week, lift weights on campus and also groom horses, muck stalls and clean saddles and bridles.

Donahue is not new to the world of competitive riding. In high school, she competed in the Interscholastic Equestrian Association, an organization that mimics collegiate level equestrian competition.

At ILR, she is primarily interested in human resource management studies.

Donahue says her “absolute favorite thing about this school” is “the support that the close-knit ILR community provides.”

“The support and passion for learning that drives the faculty in the school” has being the defining feature of her experience as a student, she said.

She credits her ability to juggle packed academic and team schedules to “the support of my team, athletics and my professors and advisers in ILR.”