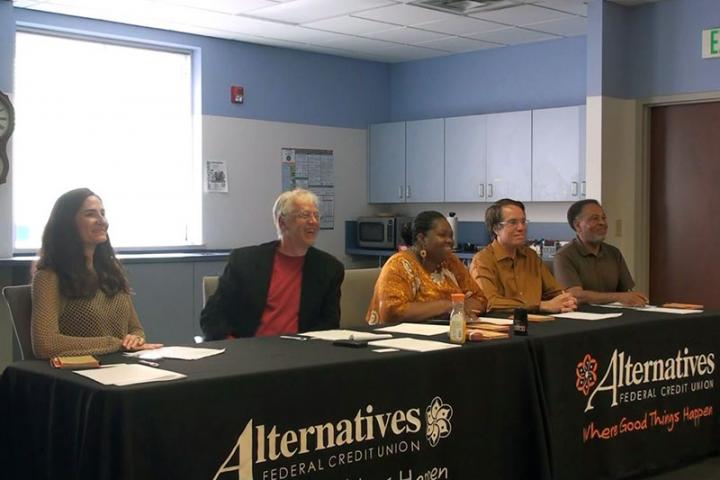 Michelle Yinjie Lu MILR ’16 made a difference for many residents of Ithaca and the surrounding Tompkins County during her internship with Alternatives Federal Credit Union.

Working in tandem with Alternatives’ staff, Lu coordinated research for the institution’s 2015 Living Wage Study, contacting members of the regional credit union organization to gather vital living wage information from throughout Tompkins County. The conclusion from the study is that the current cost of living for a single person working full-time in the county is $28,637.40 per year or $13.77 per hour within a 40-hour work week, an increase of 9.13 percent from the previous study two years ago.

“Alternatives Federal Credit Union conducted the first Living Wage Study in 1994 because we wanted to ensure our lowest paid staff received a wage that allowed them to meet their basic living expenses,” said Karl Graham, Alternatives’ director of Community Relations and Development, who worked with Lu on the study.

The study was initially intended for internal use only to determine a starting salary for Alternatives’ employees, but the organization’s board of directors decided that the information was beneficial to the community and released it to the public.

“We have continued to conduct the Living Wage Study because we view it as an investment in our staff, our most valuable asset,” Graham continued. “The living wage is also an investment in our community. When people are paid enough to adequately clothe, house and feed themselves, they do not need publically funded assistance to make ends meet – they have more money to spend in the local economy.”

For the first Living Wage Study, Alternatives recruited an intern from the ILR School to coordinate research, and subsequent studies have taken place every two years since. All have involved partnerships with ILR interns.

“We have continued to use ILR interns because we find they have the skills necessary for the task,” said Graham. “ILR interns have proven to be diligent and accurate in their work, all the interns have been a valuable resource in allowing Alternatives to complete the study.”

For Lu, becoming the intern for the study was a natural fit.

“Being an international student new to the United States, I was actively seeking internship opportunities during the winter break,” said Lu. “With a background in banking, I quickly became involved in the Living Wage Study for Alternatives Federal Credit Union.”

The categories in the study include housing, food, transportation, Internet and cellphone, health care and an allowance for recreation and savings.

“I got new exposures to review historical documents of living wage studies from 1994 to 2013. However, I did my research study virtually and the entire experience was very cool. I was thrilled and [very careful] in doing my research – I always did benchmarking and looked into different official sources of data before I made decisions of which set of data to utilize.” Lu said.

“I realized how significant the impact could be in the community by doing labor-related research – the study would have tremendous influence in many aspects, such as policymaking within Tompkins County going forward.”