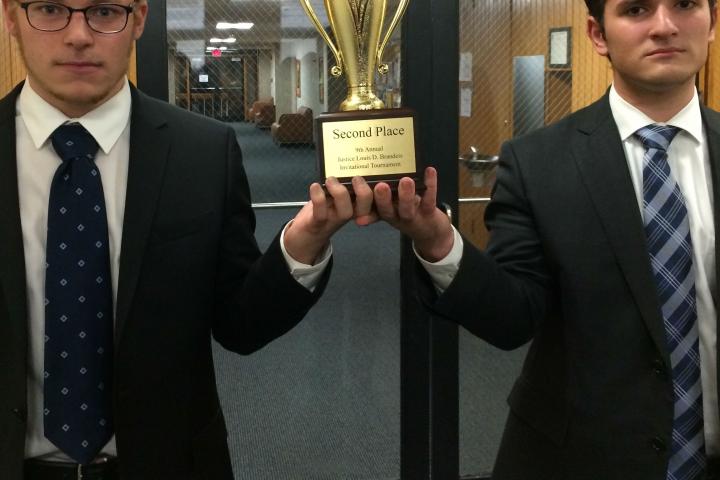 The event was organized by the Cornell University Mock Trial Association, which includes 13 ILR students and is advised by Thomas Golden, associate director of ILR’s Employment and Disability Institute.

According to association member Robert Puzio ’17, the fictional court case argued in Ives and Myron Taylor halls was judged by local lawyers and Cornell Law School professors, alumni and students.

The American Mock Trial Association annually provides a fictional court case to more than 550 teams in the United States.

Teams create both prosecution and defense sides to the case. Acting as attorneys and as witnesses, students compete against other schools by delivering statements, providing testimony and persuading judges of their side of the case.

At the January Cornell event, teams needed to be prepared for contingencies in Park v. Duran, a fictional civil case that involves two children and results in one child's death.

The shooting took place at Sydney Park's house. The Park family owned the firearm and stored it in their house. The children were playing with the gun when it fired and caused Sydney Park's death. The plaintiff alleges that the other child, Jesse Duran, was the shooter.

The plaintiff can choose to pursue one of two counts -- intentional shooting or negligent parental supervision. For both cases, the defendant was Jesse's father, Hayden, legally responsible for his child's actions.

In addition to Cornell, colleges sending one or more teams to the Big Red Invitational are: