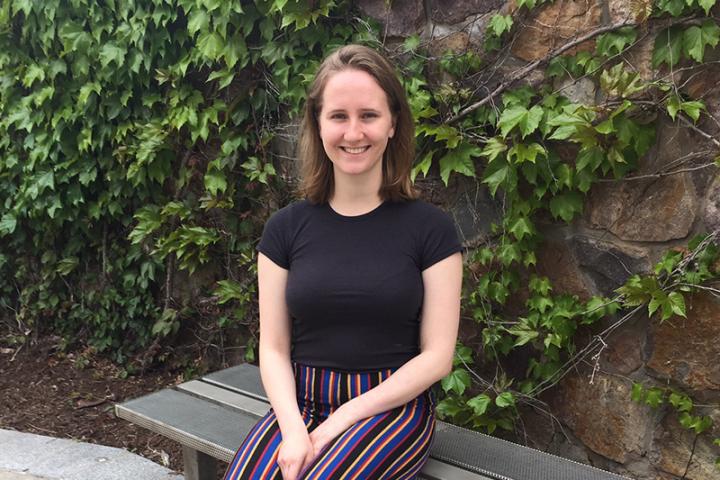 One was for Professor Virginia Doellgast, whose teaching about international and comparative labor captured Koziel’s intellectual passions.

The other was for Donna Ramil, associate director of ILR International Programs. Ramil was instrumental in Koziel’s study experiences in Vietnam and Italy, and in her understanding of empathy.

As one of 404 ILRies whose graduation this weekend marks the end of a life phase and the beginning of another, Koziel savored her ILR experiences and her last days at Cornell.

“I floated through campus and I had a great experience,” she said, pausing Friday in an Ives hallway before delivering the chocolates.

Koziel climbed the bell tower’s 161 steps for a last bird’s eye view of Cornell’s sprawling campus. She paddled a canoe on Beebe Lake and happened upon an invitation to fly on a zip line strung between two Forest Home trees. She met people she will never see again.

The calm, solo experience of randomly taking in Cornell in recent days was perfect. “I wouldn’t trade it for a million likes on my Instagram photos from senior week,” said Koziel, who will begin her career in a human resources job at General Dynamics, where the vice-president of HR is also an ILRie.

This weekend, Koziel’s family arrived from Syosset, Long Island. They brought pork chops and fancy cakes to share with the other families bunking at the house Koziel shares with three seniors.

On Sunday, the university’s 5,000 graduates march into Schoellkopf Stadium for Cornell 151st commencement.

Two hours later, the stadium will be empty. Graduates will take their first steps into life after Cornell. Koziel, carrying memories of quiet, well-spent moments, will head to her new job in San Diego.