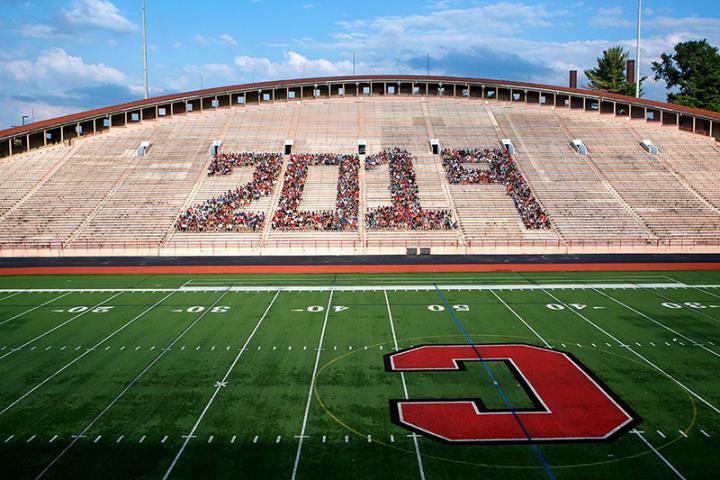 They hail from 30 states and include national debaters, student government presidents, community activists and top athletes.

These are the students who make up ILR’s newest class, which includes 162 first-year and 93 transfer students. The new students are officially being welcomed to the school this week.

“Our enrollment strategy focuses not only on bringing in outstanding freshmen, but also embraces adding students as sophomores and juniors who began their studies at other two- and four-year colleges and who find ILR to be a fit for their academic goals,” says Robert Smith, associate dean for academic affairs.

In addition, 21 percent of ILR freshmen are the first in their families to attend college.

“This is significant when you think about the university and Ezra Cornell’s founding mission to provide access to higher education. It’s our legacy,” says Cathy Sheils, ILR’s director of undergraduate admissions.

Over the past four years, Sheils says, ILR has seen a 70 percent increase in applications, with students bringing increasingly strong academic credentials and a commitment to extracurricular involvement and public service.

“We continue to attract high-quality students and yield more of them.”

Sheils says the broad, interdisciplinary nature of an ILR education, with its emphasis on leadership, global impact and career focus, is attractive to both students and parents. Students can go into a wide range of fields, she adds, from business, law and foreign service to human resources, sports management and policy work.

“They see that the investment they’re making gives them a premier education and access to a wide range of career possibilities.”

Other facts about ILR’s new freshman and transfer class: