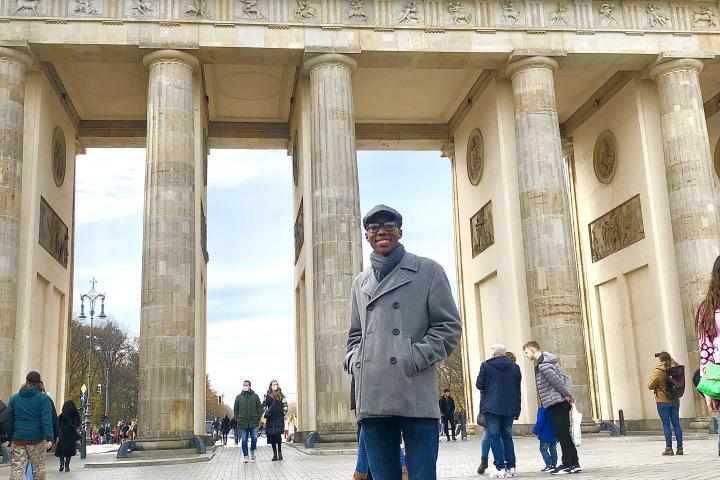 Daniel James II ’22 has been chosen to join the newest class of Schwarzman Scholars, a youth leadership program focused on solving issues of the 21st century geopolitical landscape.

Selected from more than 3,600 applicants to attend Schwarzman College at Tsinghua University in Beijing, China, he will pursue a one-year master’s program in global affairs, focusing on labor, economics, poverty alleviation and rural revitalization in a global context. His cohort, announced on Dec. 6, begins in August.

James said his aspirations to further develop his leadership skills as a Schwarzman Scholar stem from witnessing rural poverty in his hometown of Marion, South Carolina, where he worked with community partners to better analyze causes and effects of rural poverty, and to advocate for increased public participation and community engagement in policymaking.

At Cornell, James has served as ILR Student Government Association president and will be co-president ILR’s Minority Student Organization during the spring semester.

“Leadership is not about [who] you have power over, but about people that you can serve,” James said.

In an interview last week, James said that the biggest lesson he learned in leadership, policymaking and problem-solving is to work with a coalition of active community members to effectively address the problems in one’s own community.

As a Schwarzman Scholar, James said he intends to create policy proposals that alleviate rural poverty in affected agricultural communities in China. He said he plans to carry out a project that delves into root causes and possible solutions for rural poverty.

James said he hopes to apply policy frameworks that not only effectively amplify China’s agricultural, social and economic development, but also can be replicated and applied to other rural communities across the world.

Kara Lombardi, the ILR School’s assistant dean for student experience and well-being, said James’s selection “is reflective of the growing number of ILR students who become involved in international activities and the wonderful impact they make in the communities in which they engage.”