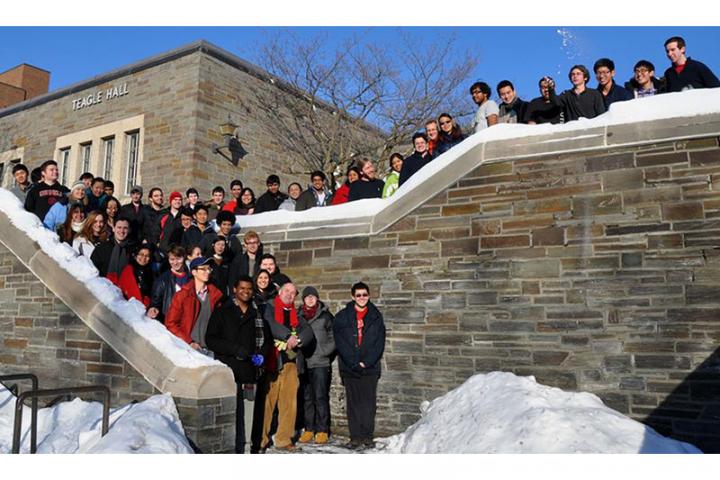 The Cornell Forensics Society, recently renamed the Cornell Speech and Debate Union, is sending 30 students to the 2015 U.S. Universities Debating Championships in Alaska on Thursday.

As one of the few student-centered projects selected for Cornell’s official Crowdfunding project, the speech and debate group raised more than $18,000 to subsidize the price of traveling to the University of Alaska Anchorage for competition April 11-13.

In the upcoming championship, teams will compete in eight preliminary rounds. Teams with the best records advance to the elimination rounds. Students are randomly assigned positions, and the topic is announced only 15 minutes before each debate.

There are no electronic devices allowed during preparation time, so debaters must use knowledge they already have or paper resources they brought with them.

During its most recent tournament, the North-East Universities Debating Championships , Cornell teams closed out  the final round in the open division, and also had the top three speakers of the tournament.

ILR faculty member and team coach Sam Nelson said,  "Expectations are high that Cornell will have its best year ever and those are very high expectations because last year we had two of the final eight teams left at the end of tournament that started with over 150 teams."