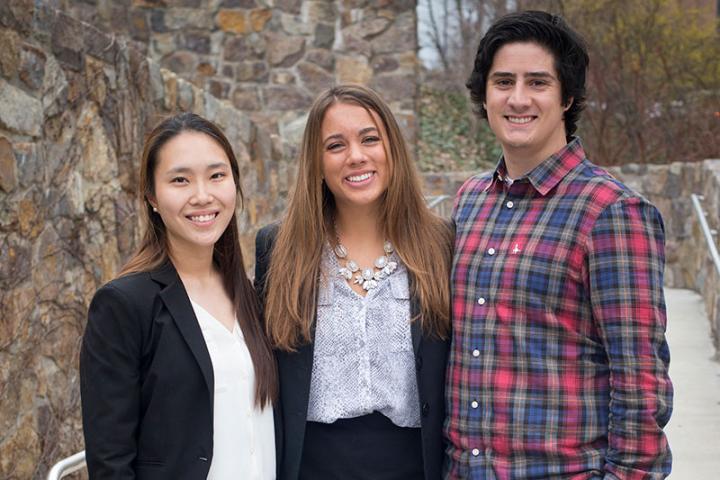 The three leaders of Cornell’s 63-chapter Greek system are looking to make it safer, more inclusive and more diverse with skills developed through their ILR education.

“We are a tri-council and we need work. We are grappling with what’s the best way to present these conversations to chapters and make these values stick,” said Panhellenic President Kendall Grant ’16.

“These are all things that we have learned as ILR students. I honestly think in any other major, I wouldn’t have this perspective.”

“My ILR experience helped me become articulate, be visionary and really channel my passion for what I love about the Greek system, that it’s traditional. What struck me about it initially is the inherent biases within the system, which is why I took on the leadership positions that I did,” Grant said.

The three ILR students have been working together to advocate for change.

Riser said, “The core of labor relations is to help others. That gives us all the drive to be student leaders and better our communities. The goal of the ILR School is to better the people around you.”

Although the three leaders are working hand-in-hand, they realize that the system is not without its faults. They noted that issues of safety including sexual assault education and prevention, diversity and inclusion, as well hazing, are topics that are a consistent work in progress for the Greek system.

Grant said, “My job as president is to make sure that our women have voices, are strong and can be better leaders. We are all under one Greek system and your letters don’t define who you are.”

The council has been working for a year, Riser said, on getting freshmen involved in the Greek system.