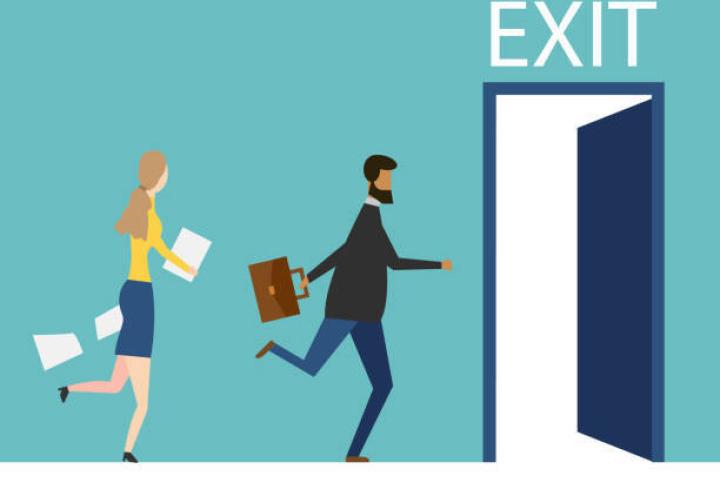 Long before employees take flight, they send cues that can help managers identify and retain top performers planning to exit by creating visible pathways for future advancement and by coaching managers to embrace strategic mindsets.

Retention of top performers is a hot HR issue; a tight labor market has caused a great deal of churn, with many leaving jobs for better pay and benefits such as work-from-home options. The “Great Resignation” is an expensive proposition for firms that have to hire and train new workers.

“Our standard assumptions about keeping our best talent may not work in an era when some of our most valuable employees may have ‘leavin’ on their minds’ – because they have unprecedented options,” the authors wrote.

Advance information allows companies to be more focused and targeted in responses “that should include a drive to change manager mindsets away from tribal, short-term and territorial thinking toward cultures that value new career pathways and internal employee opportunities. It’s all a part of upping the game of “leading for keeps” to retain your best talent amid the Big Quit,” they wrote.

Keller says that managers often unintentionally get in the way of building a culture that embraces retention of top talent. He outlined three areas to overcome in driving manager buy-in.

Tribal Mindsets: “For internal talent markets to help with retention, companies must convince managers to fully embrace an internal talent mindset. This mindset begins with being open to considering all candidates, even if they initially feel someone might not be a good fit,” according to the article. Allowing managers to rely heavily on their personal networks can actually drive employees out of the organization.

Territorial Mindsets. Losing an employee, even to another internal team, can lower unit performance. As a result, managers routinely engage in talent hoarding by dissuading or otherwise preventing their best employees from pursuing new jobs. “Many mangers unwittingly push employees out the door by not letting them freely explore internal opportunities. If they can’t find where the currently work, they will simply look elsewhere,” Keller said.

The authors note that employees often exhibit verbal and non-verbal behaviors that can be used to predict quitting within 12 months, ranging from “missing work for doctor appointments more frequently than usual” to “acting indifferent toward most things work-related.” An original list of 900 behaviors was trimmed by experienced HR and general managers, and then by statistical algorithm, to 13 key employee behaviors (see below Cues of Turnover Scale) that are highly predictive of future turnover.

After calculating how many workers have a 67% or higher risk of quitting, the researchers recommend looking at their recent job performance scores. Managers are likely indifferent about the attrition of the bottom 30% of employees, so you should let them go. Instead, spending time examining the middle 50% of the performance distribution to see whose skills would be difficult to replace and if you want to retain them. “The idea is to be strategic,” Keller said. “It can get very expensive to blanketing the workforce with salary increases and flexible work arrangements. If you can afford it, that’s wonderful. If not, focus your resources on retaining those employees you can least afford to lose.”

Having identified who is likely to leave, managers should conduct “stay interviews” with the targeted employees. The goal is not to convince the at-risk employees not to quit. The goal is for the manager to (1) express to the employee how much their efforts and accomplishments are valued; and (2) discuss the factors causing them to stay with the company or encouraging them to leave. The managers and employees can create near-term career plans that remove obstacles and create paths to the desired future.

It also requires managers across the organization to be more open to helping employees achieve their career goals, even if it the manager might not see an immediate benefit for themselves.

A Measurement Scale of Pre-Quitting Behaviors

The Cues of Turnover Scale (CoTS) is a 13-item survey for managers describing the behaviors of the employees they supervise.

The rating scale for each question should be 1 = strongly disagree; 2 = disagree; 3 = neither agree nor disagree; 4 = agree; 5 = strongly agree).

Ideally, online survey technology should be used to survey the managers. They should be asked about one employee at a time. The survey should be programed to populate the survey instructions below with the name of the employee whose behaviors are being described.

If managers are forced to complete more than three surveys at a single sitting, they will give the same answer for each question contaminating the results and the power of the survey to predict future turnover.

We recommend managers be asked to complete three surveys a day until data is collected on all the employees they supervise. The instructions for the manager should read for each employee survey are as follows: “We would like to ask you to think about [employee’s first and last name]’s behavior over the last 2 to 3 months. Please describe your level of agreement with each item below.”

When all the data is collected, calculate the average score for all 13 items for each employee. Sort the employees from high to low by their average score. The authors recommend focusing retention efforts on employees in the top one-third of the list (67th to 100th percentile). As a benchmark, employees with average scores of 4.2 or higher have a risk of turnover more than two times the typical employee.