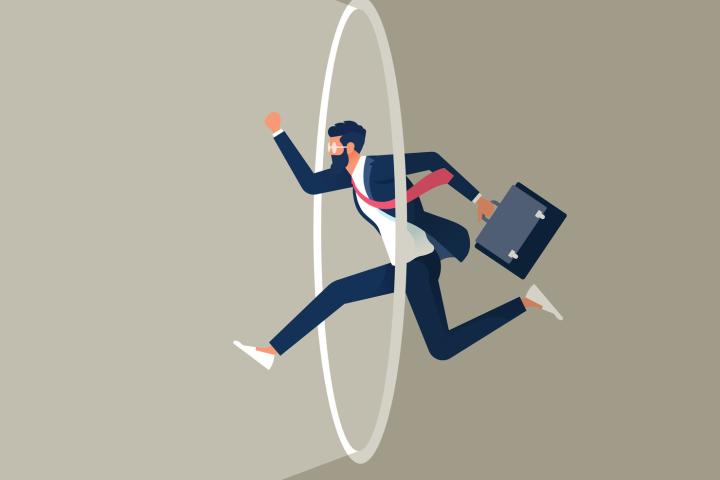 Think ahead. The manager who rewards you with raises, bonuses and career opportunities could be replaced by a new boss who puts the brakes on your growth.

New research co-authored by ILR Associate Professor JR Keller indicates that a manager’s influence on your career can be felt even after he or she leaves for a new position, and that departure can hasten an employee’s movement within the firm.

“We spend a lot of time thinking about how employees build their careers, but employees have managers and those managers have careers of their own,” said Keller, who studies how firms make hiring decisions and individual make career choices, with a particular interest in how the dynamics shape how employees change jobs within firms. “Often individual employees are affected by the moves that their managers make. Employees should be aware that those moves by their managers are going to have consequences for their own careers, and they need to proactively think ahead.”

In the study, “My Manager Moved! Manager Mobility and Subordinates’ Career Outcomes,” Keller and his coauthors, Minseo Baek and Matthew Bidwell, both of the Wharton School, found that when an employee’s manager left, their annual bonuses decreased by 4%, while their long-term incentives, such as stock options, decreased by 17%.

“The largest cuts came among subordinates who’d worked with their department managers the longest,” Keller said.

On the other hand, when a new manager came onboard, subordinates on average were 15% more likely to leave their units for promotion, a number that was even higher among those that had the longest history with their previous manager.

“It takes time to build rapport and a level of comfort, so that new manager is less likely to provide the employees with what we call ‘sponsorship,’ the extra financial rewards,” Keller said. “So employees take a bit of a hit in terms of pay growth and bonuses. But on the other hand, especially for employees who had a really good relationship with the manager that was moving, it suddenly frees them to explore new opportunities. Often they were reluctant to leave a manager who they have had a good relationship with, but suddenly they realize it's a good time to explore and to figure out what else is out there. So we see an increase in what we call ‘outgroup promotions,’ which are essentially moves in which the employees work for another manager in the organization.”

For the study, published in Organization Science, the researchers used eight years of data from the U.S. offices of a Fortune 500 health care company. In addition to their findings regarding pay and promotion, Keller and his coauthors also found that the effects were not driven by manager time in job and that they were largely consistent across different forms of manager mobility, such as voluntary and involuntary exits, and promotions.

Keller’s research suggests that individuals should be aware of “relational inertia,” a complacency that prevents workers from seeking new, more suitable opportunities. He also indicates that it is equally important for employees to go out of their way to both proactively network outside their unit, and to quickly build a strong relationship with their new managers.

From the company’s perspective, Keller said, “It could be worth tracking how long managers have been with their subordinates just to ensure that it doesn't result in favoritism. Especially where managers have considerable say over decisions about work assignments, projects and paid promotions.”