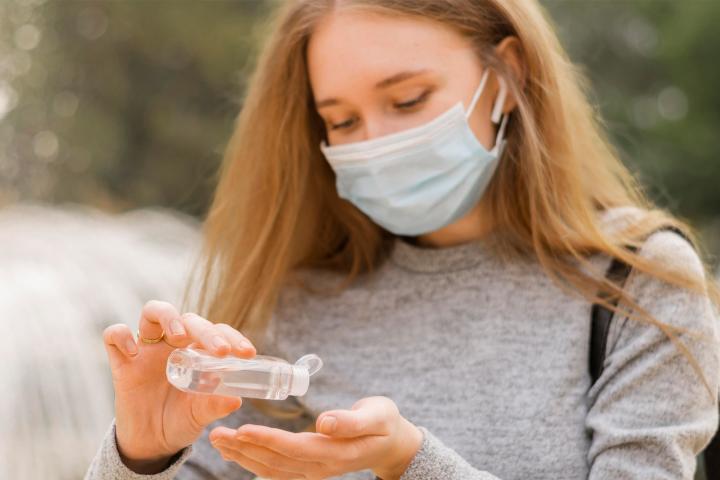 Individuals in a higher income bracket have made the most health-related changes to stay safe during COVID-19, according to a new ILR study co-authored by Professor Michèle Belot.

In the paper, “Socio-demographic factors associated with self-protecting behavior during the Covid-19 pandemic,” published in January by the Journal of Population Economics, Belot and her co-authors examine the role of socioeconomic differences in explaining self-protective behavior, relying on income, gender and race data collected in April 2020 during the early stages of the pandemic. The data also included variables such as work arrangements and housing quality.

Belot, who has a joint appointment in the College of Arts & Sciences Department of Economics, said of the study, “Across the board, everyone reduced their social interactions significantly. But we find larger changes among high-income categories. Part of it could be because it is more difficult for more disadvantaged groups to ‘self-isolate’; they tend to live in more dense housing, for example.”

“What is important to understand is that the study and our findings are not meant to be a moral judgment,” Belot said. “Being able to confirm that individuals with a higher income are not just more likely to work at home, but are also reducing their social interactions more than lower-income individuals, is important for policymakers to understand as nations continue to combat the spread of COVID.”

The researchers surveyed 6,000 people in six countries – the UK, Italy, China, Japan and Korea – including 1,000 from the U.S., with about 250 each from California, Florida, New York and Texas. Respondents were asked questions in April 2020 to determine if and how their behavior had changed as COVID-19 cases were beginning to spike across the country.

According to the authors, “These gradients are partially explained by the fact that people with less income are more likely to report circumstances that make adopting self-protective behaviors more difficult, such as an inability to tele-work.”

The team also found lower-income respondents faced increased chances of job and income losses due to the pandemic and limited access to remote work. They were also more likely to live in homes with no access to the outdoors. Researchers found that access to outdoor space was a very strong predictor of social distancing, as people with access to open air at home were 20% more likely to social distance.

According to the authors, “While many of the questions raised and discussed in this paper focus on a specific point in time, the Covid-19 pandemic will eventually run its course. However, it would be shortsighted and naive to think that another virus, perhaps an even more damaging one, will not come about in the future. Indeed, some specialists believe that this virus will be cyclical, returning annually. If so, the questions we are addressing now will be important not only as we move through the current crisis, but also as we begin to prepare for the next one.”

In the coming months, the team plans to expand its research with more extensive surveys that look into how events such as the Black Lives Matter protests affected behavior during the pandemic, the pandemic’s possible effects on addictive behaviors and, more broadly, how to build tools to better understand unequal burdens presented by the pandemic.