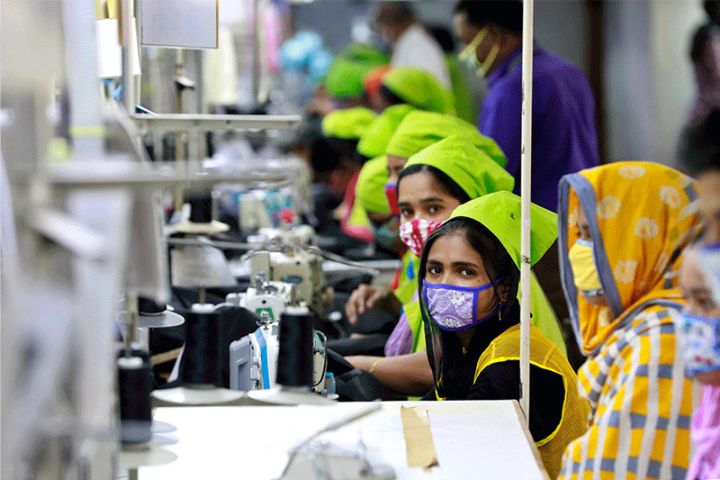 Millions of garment workers at factories around the world lost pay and jobs during the early stages of the pandemic, bringing to light the precarious work environment they have faced for decades.

“COVID was a stress test for systems – private ones run by fashion brands and public ones built by national governments – to protect workers in the global apparel industry,” says Jason Judd, executive director of the ILR School’s New Conversation Project. “Most were found wanting. We were asked by IndustriALL, the global union that represents apparel workers, to evaluate past efforts and possible models for a global severance fund to compensate apparel workers who have lost their jobs and income.”

The resulting paper, “Security for Apparel Workers: Alternative Models,” was authored by Judd, Professor Sarosh Kuruvilla and J. Lowell Jackson ’17. In it, the researchers outline existing approaches that have attempted to provide apparel workers with some degree of income security, and use those to assemble the necessary elements of a “global severance program.”

According to Judd and Kuruvilla, the academic director of the New Conversations Project and ILR’s Andrew J. Nathanson Family Professor in Industrial and Labor Relations, the “gold standard” to help laid-off workers is a “comprehensive national unemployment benefits model accompanied by severance requirements that cover all workers regardless of sector.” However, the reality is that less than half of the world’s population has access to any form of social protection, “leaving the vast majority of the world’s people unprotected in times of need, from national or global economic shocks or the devastation of global pandemic or extreme weather events.”

The authors laid out the social protections available in countries including Bangladesh, Cambodia, China, Honduras, India, Indonesia, Italy, Mexico, Pakistan, Turkey and Viet Nam that in 2020 made up more than four-fifths of the United States’ and European Union’s total apparel and footwear imports. They found that all had some form of either severance provisions or unemployment provisions, but rarely are workers able to benefit from both, and typically there are loopholes in the legislation. Severance promises to workers by fashion brands via their codes of conduct are routinely unenforced, and cancellations of orders – including completed orders – by many fashion brands in the early months of the COVID-19 crisis left suppliers unable to pay garment workers.

After addressing several other systems – including funds that were set up in the aftermath of a tragedy, such as the Rana Plaza accident, as well as one responding to COVID-19 – the authors turn to sea for the “likeliest match for the goals of a global social protection.”

The International Bargaining Forum is the industry-wide framework established in 1999 for collective bargaining between the global seafarers’ union, the International Transport Workers Federation– now representing nearly 150,000 seafarers – and a consortium of European vessel owners and shipping management firms.

The agreement was the product of a nearly 50-year campaign by seafarers working aboard vessels from high-income countries to prevent the collapse of wages and working standards as vessel owners sought seafarers and lax regulatory regimes in lower-income countries.

“Of all the agreements and mechanisms reviewed above, we see this as the strongest in that it is specific and binding, covers multiple countries and is global in scope, includes industry funding for independent enforcement and work welfare, and has a governance structure rooted in collective bargaining,” wrote the authors. “All of these elements could figure in a global social protection agreement, beginning with its form: a transnational collective bargaining agreement between unions such as IndustriALL and its affiliates, buyers and suppliers.”

In the report, the authors recommend:

Additionally, they lay out four “must haves” for systems of this type to work: