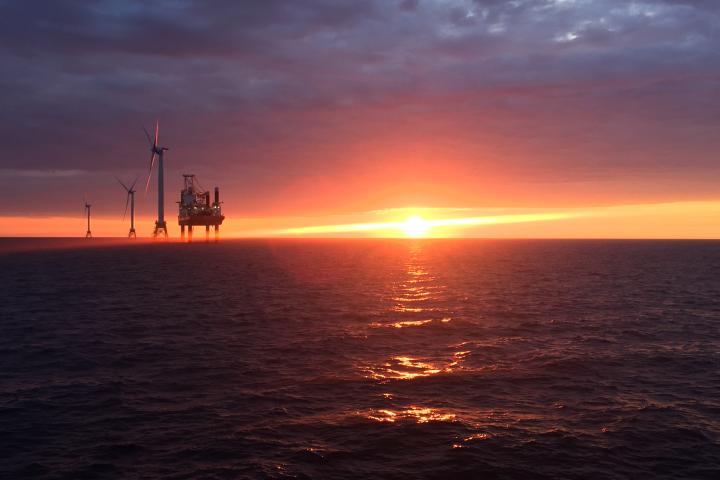 Rhode Island has the potential to become the first state in the United States to become fully decarbonized, according to a new report by the ILR School’s Worker Institute.

“As a small state with one of the lowest emissions in the country, Rhode Island can be innovative and efficient, employing cutting-edge approaches to reverse climate change and inequality. Rhode Island has the potential to be the first state in the country to fully decarbonize and build out a net zero economy with high-quality union jobs. This would make Rhode Island's economy stronger, fairer and more inclusive,” said Lara Skinner, director, Labor Leading on Climate Initiative, part of the ILR School’s Worker Institute, and a report author.

“Building a Just Transition for a Resilient Future: A Climate Jobs Program for Rhode Island” includes wide-ranging policy recommendations to transition the Ocean State’s building, school, energy and transportation sectors to renewable energy with the strongest labor and equity standards.

Avalon Hoek Spaans, research and policy development Extension associate for the Labor Leading on Climate Initiative and a report author, said, “Rhode Island is in a unique position as a state, in 2019 it had the lowest energy consumption per capita across all the United States. Rhode Island can use climate change as an opportunity to eliminate carbon emissions, increase equity and create high-quality jobs that support working families and frontline communities.”

The Worker Institute’s Labor Leading on Climate Initiative, in partnership with the Climate Jobs National Resource Center and Climate Jobs Rhode Island, began a comprehensive research, educational and policy process in early 2021 to develop an implementation framework to drastically reduce emissions in the state while creating high-quality union family-sustaining jobs.

Anita Raman, research and policy development Extension associate for the Labor Leading on Climate Initiative and a report author, said, “Rhode Island could be on the brink of something extraordinary: becoming the first zero-emissions state in the nation.”

“Rhode Island may be small, but it is mighty. They have the political will, determination and vision to build back from triple crises – COVID-19, inequality and climate change – with workers leading the way. This report is a roadmap to help get there.”

​​Other key findings from the report include that there is a large gap in available affordable housing for Rhode Island residents and building 35,000 net-zero affordable housing units in the state has the potential to create 5,053 direct jobs per year for 13 years. In 2018, Rhode Island emitted 11.69 million metric tons of CO2 equivalent and the state aims to become net-zero by 2050. Statewide buildings account for approximately 27% of the state's total greenhouse gas emissions, but in urban areas such as Providence, Rhode Island, buildings account for closer to 70% of the local carbon footprint. The report details how decarbonizing buildings and increasing access to net zero affordable housing builds equity, reduces emissions and creates jobs.

Hunter Moskowitz, research assistant for the Worker Institute's climate initiative and a report author, said, “This report demonstrates how a worker-centered approach to climate policy can lead to an economy-wide decarbonization that promotes equity.”

“Confronting climate change through ambitious policies such as building net-zero affordable housing, replacing dangerous lead pipes, and establishing strong labor standards in the renewable energy industry can reshape the economy in the interests of working people and frontline communities.”