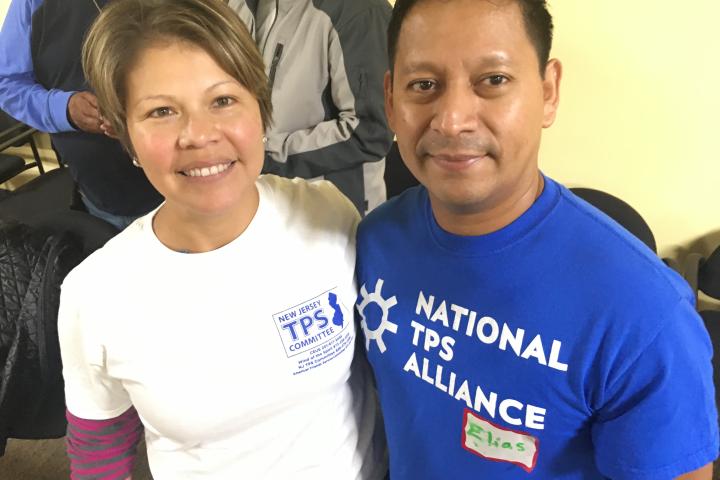 Today, the Migrations: A Global Grand Challenge, part of Global Cornell, announced that they have awarded grants totaling more than $500,000 to support faculty research addressing wide-ranging questions around domestic and global migration.

The project seeks to elevate the stories of workers with TPS (Temporary Protective Status) who despite living at the margins of legality have engaged in social movement organizing, have participated in non-traditional political mobilization, and have become agents for their own struggle for rights to belong to American society.

“TPS workers have been organizing for their rights to dignity on the job and in our society for more than 30 years. With this project, we want to connect their agency for rights to permanency as a critical component for defining rights for all American workers. It also seeks to connect their history of rights-claiming to the US history of racialized migration policy that has excluded Central American workers from full access to citizenship rights since our first great migration in the 1980s,” says Dr. Patricia Campos-Medina, Executive Director, The Worker Institute, Cornell University ILR School.

The project makes the connection between the discriminatory treatment of Central American workers during the first wave of their great migration in the 1980s and the application of US racialized immigration policy to asylum seekers fleeing civil strife in the region. TPS workers are an example of workers who, since their arrival, have contributed their labor capital to the American economy yet live a life without a commitment from American society to give them access to the rights of belonging and citizenship. The legal limbo of TPS status leads to a permanent disruption of familial generational stability, which is a continuation of the impact of their original displacement and the long-lasting generational economic and social impact of the discriminatory treatment of their original asylum claims.

“This project seeks to trace the historical significance of TPS workers’ rights-claiming and social movement engagement at critical moments in the labor movement. Along the way, this has influenced the trajectory of immigrant worker organizing by US labor unions. This history is part of our labor history,” says Ileen DeVault, Professor of Labor History, Cornell University ILR School.

In collaboration with leaders of the National TPS Alliance, and Engaged Artist and Researcher Sol Aramendi, Campos-Medina and DeVault will engage in field research with TPS workers to share their stories of migration, activism, daily working lives, and their own definition of home after years of their original displacement.

The project will capture and disseminate the stories of belonging of TPS worker to new audiences in academic spaces such as Cornell Ithaca campus and or NYC Cornell campus. The overall purpose of this project is to expand the understanding of TPS from a temporary refugee workers program, to a program that has forced this population of Central Americans to build their lives and homes in the United States.

PIs DeVault and Campos-Medina will work together to develop curriculum or lesson plans on the impact of temporality on workers’ lives but also in the communities where they reside that could be used to engage students in college campuses and or community leaders across different academic spaces in NYS.

The project also hopes to expand the understanding of citizenship rights as deserving for all those who demand it and organize through social movements to change the political structures that demean their humanity. It also seeks to highlight how the immigration policy that controls their daily existence is part of a US system of governance that perpetuates racial injustice by the treatment it affords working-class immigrants from Central America.